‘Don’t Look Back’ has been designed and created by a group of 11-14 year olds working with the Roundhouse and Royal Opera House. 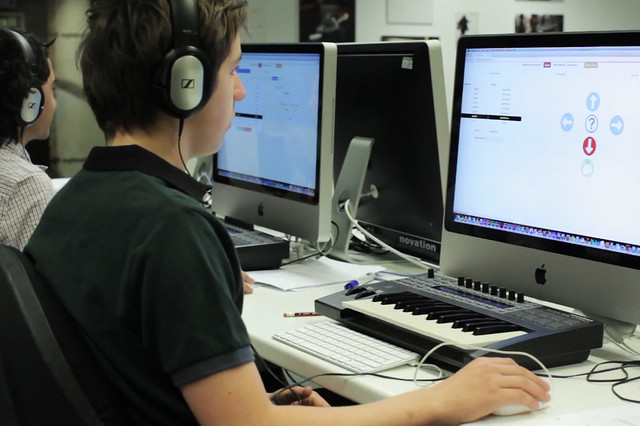 During the summer holidays, the Roundhouse and Royal Opera House brought together industry professionals, alumni from ROH Learning projects, a group of 11-14 year old game designers, and a young composer, to design an audio adventure game based on Zork, one of the earliest interactive fiction computer games.

Fourteen young people worked with digital artist Simon Katan and drama tutor Michelle Roche to develop all aspects of the game including, characters, scripts and audio content, while composer Richard Taylor mentored young composer Laurence Wilkins to create the musical soundscape. The result is the online game ‘Don’t Look Back’.

The game is just one part of an innovative and creative youth project linked to the production of Orfeo. As part of the project the Roundhouse and Royal Opera House will be working with young dancers taking part through East London Dance and young singers taking part through the Guildhall School of Music and Drama. Young people from North London will also be creating Monteverdi fanfares to be played before the start of each performance.

Aaron, a young participant in the project, says, ‘I did courses before at the Roundhouse, for example ‘In Scratch’ which involved learning how to make very basic games, so I saw this project as a really good opportunity to work here again.’

The world of ‘Don’t Look Back’ is situated after the events of Orfeo, with the player taking on the role of Euridice, a character from the opera. In the first stage of the game, Euridice is recalling her memories in order to try and find her husband Orfeo.

‘I have done a lot of coding before so I got to work on some of the levels, such as the toyshop and the farm,’ says Aaron. ‘The voice acting and narration was my favourite part though, because I had never done anything like that before. I got to play a lot of very different characters including an owl, a snake and an obnoxious teenager.’

Watch the film about the making of ‘Don’t Look Back’:

Hannah Elder, Learning and Participation Manager for the Royal Opera House, commented, ‘It is particularly exciting to be working with the Roundhouse on this project. As an organization, they hold young people at the heart of what they do, and creating the Orfeo game was an opportunity to make opera more accessible to these younger audiences, allowing them to participate and experience the arts through a unique digital project.’

To play the game visit www.dontlookback.org.uk.

Orfeo runs 13-24 January 2015 at the Roundhouse in Camden. Tickets are now available.

The production is a co-production between the Roundhouse and The Royal Opera.