Young Artist Profile: Jennifer Davis on the language of opera

The Irish soprano shares how a love of words informs her performances on stage. 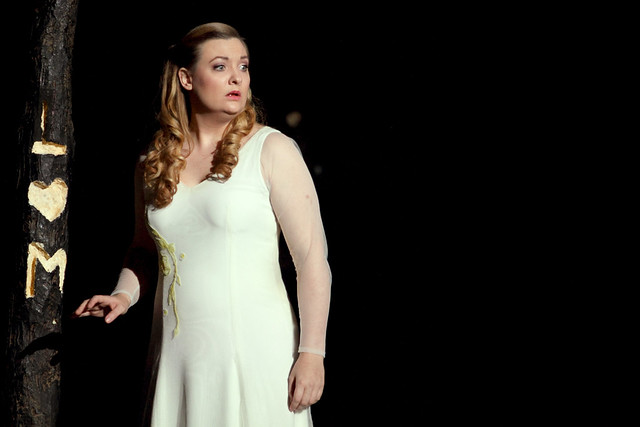 ‘Live acoustic sound does something special to humans. It just hits you. The mix of the orchestra playing incredible music with voices soaring over the top – no other art form gives you that. That’s why opera has such diehard fans, it’s raw emotion.’

As far as diehard fans are concerned, it’s clear that Irish soprano Jennifer Davis is one of them – as emphatic about watching an opera as she is about performing in one. As a Jette Parker Young Artist at the start of her career, Davis stares wide-eyed at the huge repertory that stands before her as a lyric soprano, eager to lap up all the learning she can while being at the Royal Opera House.

Davis has recently finished performing the role of Ines in David Bösch’s Il trovatore and has been inspired by working with the talented cast. ‘When you’re up close, standing next to someone who is ten or twenty years ahead of you in terms of career, you learn so much from watching how they work,’ reveals Davis. ‘This cast is phenomenal. There isn’t anything like hearing that sound from another human being, so close up. It’s other-worldly.’ 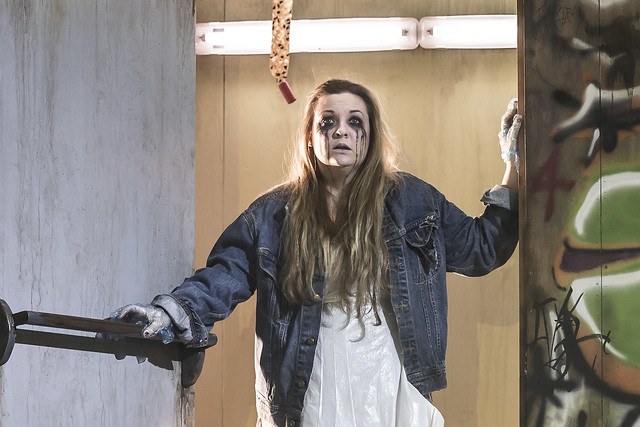 Despite coming to the art form late, Davis has flourished during her time as an opera singer. Hailing from Tipperary, she grew up in a musical family but never intended to make her hobby her vocation. Her mother was a singing teacher, who once passed up the opportunity to audition at the Royal Opera House. ‘My mother has an incredible voice, but she wanted to have a family and teach. In the 1970s, travelling was more difficult and combining a family and a career as an opera singer was much harder.’

Much to her mother’s delight, Davis did decide to veer towards the stage, making the change after graduating from University College Dublin with a degree in English Literature, when she applied for a Masters in Singing at DIT’s Conservatory of Music and Drama. At that point, opera was as foreign to her as the many languages she’d be required to learn – but mastering Russian, German, French and Italian opened up a whole new way for the soprano to explore emotion.

‘Through another language you find a different kind of expression, it’s something quite remarkable. I’ve found Russian to be the most beautifully expressive language, containing such specific words for relaying emotions, and I wouldn’t have ever known that if I hadn’t learnt to sing it,’ she says.

Davis’s love of literature has put her in good stead; of all the heroines in the repertory, she sees herself to be most like the bookworm Tatiana in Tchaikovsky’s Eugine Onegin – an opera adapted from the novel by Alexander Pushkin.

‘I read a lot and I think that informs me as a performer. I think you’re more open to directors and speaking about different characters if you have a big frame of reference. I believe we are singing actresses,’ she says. 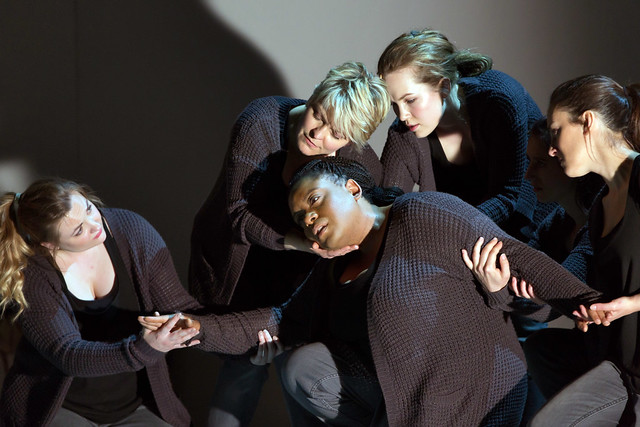 This love of literature and languages no doubt stands her in good stead for her role in Les Enfants Terribles, the upcoming production of Philip Glass’s dance-opera, based on the French novel by Jean Cocteau.

‘It’s very wordy,' she explains. 'Usually you have a melody or a structure that’s easy to remember, but it’s not written that way. Every line is different so the work sounds very spontaneous and conversational.'

'The human voice singing at that level of virtuosity is utterly thrilling,' she adds, 'And we are the catalysts for the audience to feel these exciting highs and lows of human existence; you’ll learn something, you’ll question life – which is what great art does.’

And to those who say opera isn’t for them – Davis offers a simple resolution.

‘Just come and see one – it feeds your soul, especially when there’s so much unrest and uncertainty. To do something that’s going to make you come back feeling a bit better - you can’t put a price on that.’

The production is a co-production with Frankfurt Opera and is staged with generous philanthropic support from the Royal Opera House Endowment Fund.

Davis will also perform in the Jette Parker Young Artists Lunchtime Recital on 13 February 2017 at 1pm at the Swiss Church in Endell Street. Find out more here.