Jonas Kaufmann's role debut will be available to watch on BBC Four, and afterwards on BBC iPlayer. 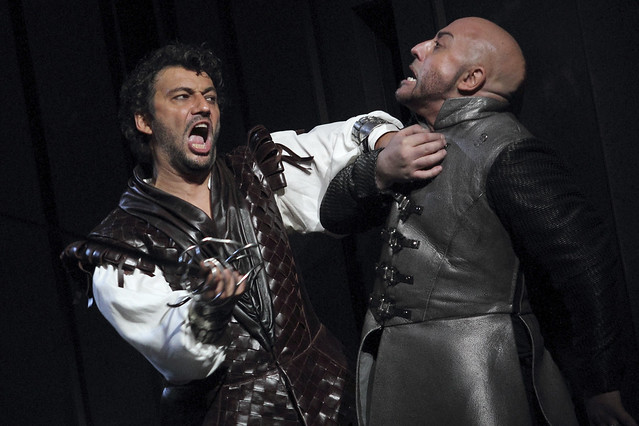 Jonas Kaufmann as Otello and Marco Vratogna as Iago in Otello, The Royal Opera © 2017 ROH. Photograph by Catherine Ashmore

The Royal Opera's production of Giuseppe Verdi’s Otello will be broadcast on BBC Four at 10.30pm on Sunday 15 October 2017, and will be available on demand on BBC iPlayer.

One of the major works of Italian opera, Verdi's great final tragedy is an adaptation of William Shakespeare's play. This production, directed by Keith Warner, was first seen at The Royal Opera earlier this year as part of the Summer 2016/17 Season, marking the Company's first new staging of the opera in 30 years.

It stars world-renowned tenor Jonas Kaufmann in the title role, conducted by Music Director Antonio Pappano. The broadcast is presented by Clemency Burton-Hill.

The Royal Opera House and the BBC are partners