Trade Secrets: How opera singers take care of their voices

Unlike an orchestral player, a singer's instrument can't be packed away when they're done performing – real care has to be taken to keep it in peak performance. 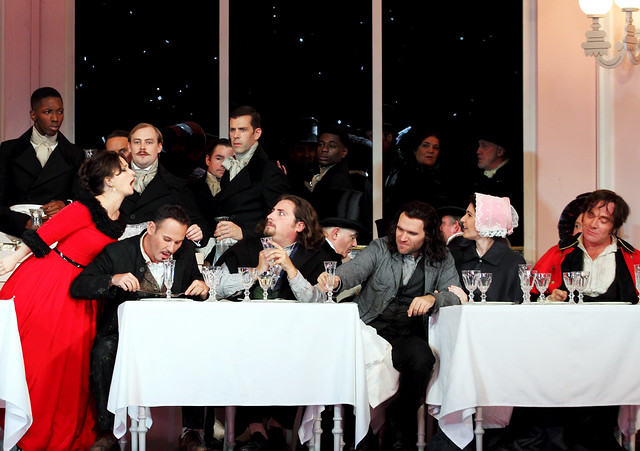 How does an opera singer produce that sound?

Singing is a more athletic, energetic and elite form of speech. The voice is a wonderful, mysterious instrument – hidden from view, so all the singer has to rely on is sound and feel.

The vocal folds, which are tiny, the size of your little fingernail, are the source of the sound. They are connected to the lungs as the power source, the abdominal muscles and diaphragm are the generators. In a woman, during normal speech, the vocal folds flutter together around 220 times a second, in a man it’s around 130. Singing can raise this by up to a thousand more. Next, the vocal tract shapes the sound – this is the tubing around the back of the nose, throat and tongue, including the mouth, lips and teeth. The sound produced by the vocal folds is made up of all sorts of harmonics and partials, which can be accentuated or attenuated in certain places in the vocal tract.

Read more: How does an opera singer's voice actually work?

Some people are genetically predisposed to be good at this, but it’s possible to learn to achieve that lovely ringing sound, which carries so well with such clarity – the singer’s formant.

What makes a great operatic voice?

It is a combination of genetics – the size of the larynx, vocal folds and length of the vocal tract, and those other intangible, non-physical qualities: musicality, imagination, temperament.

How can a singer care for their voice?

Always stay well hydrated. The vocal folds, which are fluttering together to make the sound, need to have a wet surface, and if you are not secreting enough lubricant, what little is there becomes viscous. As the vocal folds come together in the closed phase they stick, so you have to increase the effort to burst them open again. They will then recoil and slap together. It is the equivalent of walking through mud – exhausting.

Singing in the full throes of a cold is quite dangerous, but if the cold is on the way out I advise singers to steam for an hour, using an electric steamer, to shift anything left and reintroduce moisture. But stay away from anything that dehydrates – particularly menthol or decongestants. Warm-up and cool-down exercises are important. If a singer has been using their voice in a restricted register – say very high – afterwards it’s a good idea to bring the larynx and vocal cords back to neutral by doing some descending scales and trills for a few minutes.

Acid reflux is another very common problem; even just the vapours from stomach acids are harmful – they contain pepsin, a protein-degrading enzyme, and the larynx is made of protein. So no late-night meals of spicy or acidic foods.

Unlike any other instrument you can’t pack a voice away in a case when you are finished – it is always there in a singer’s day-to-day life and they have to be aware of that.

In my clinics, I see people in crisis, which for a singer is terrifying – it’s not just their job, it’s their identity too. However, I say never waste a good crisis – it’s a time to change things for the better. But I am impressed with how well The Royal Opera looks after its singers. As I meet with them I encounter very few problems, which shows that the investment in their future is good.

This article has 16 comments