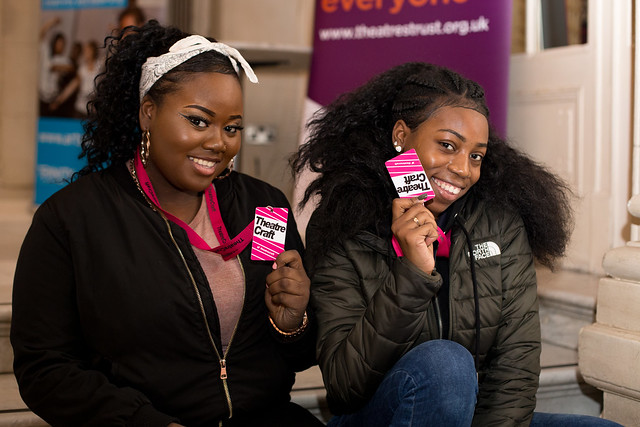 As National Apprenticeships Week begins, it has been announced that TheatreCraft will take place at the Royal Opera House on 11 November 2019.

This marks the free theatre careers event’s return to the Royal Opera House following the completion of its extensive ‘Open Up’ renovation project to enhance public spaces and the opening of the new Linbury Theatre.

TheatreCraft is the UK’s largest, free careers event for young people seeking an off-stage career in theatre. From direction to stage management, producing to marketing, lighting to designing, TheatreCraft is the only place to be for a unique glimpse into the wide range of careers available ‘behind the scenes’ in theatre.

TheatreCraft is free and open to anyone aged 16-30. Last year nearly 1,000 young theatre enthusiasts attended, and over 100 top theatre professionals led a wide variety of workshops, talks and Q&A sessions. The careers Marketplace boasted over 60 exhibitors, with many of the country’s leading theatre companies, arts organisations and education providers represented.

Details of how to book will be announced closer to the event.

This article has been categorised Off stage and tagged TheatreCraft