Strapless, which receives its premiere at the Royal Opera House tonight, will be staged at the Bolshoi Theatre in 2017. 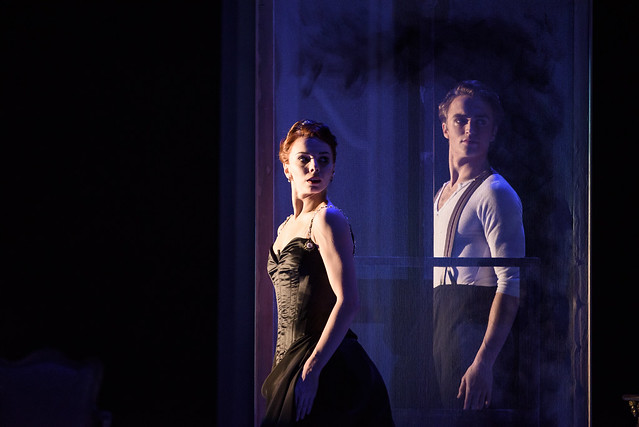 The Royal Ballet and the Bolshoi Theatre of Russia have announced their first co-production.

Christopher Wheeldon’s new ballet Strapless will receive its world premiere in London tonight as part of an all-Wheeldon mixed programme which includes After the Rain and Within the Golden Hour. The Bolshoi will stage the same programme in 2017. Strapless is inspired by the book by Deborah Davis.

Kevin O’Hare, Director of The Royal Ballet said: ‘Given our close association with the Bolshoi, we are delighted to be partnering on this new production of Strapless by our Artistic Associate Christopher Wheeldon. It is very exciting to be combining forces and a rich opportunity for two historic organisations to meld with some of the most extraordinary creative talents working in dance, music and design today in a fascinating exploration of the 19th century European art scene.’

Vladimir Urin, General Director of the Bolshoi Theatre added: ‘This new chapter in our long-term relationship with the legendary Royal Ballet of Covent Garden is extremely important for the Bolshoi Theatre of Russia. We have been collaborating for many years but tonight is the pivotal moment as we premiere our first co-production, Strapless, the world premiere of the new ballet by Christopher Wheeldon, the leading choreographer of his generation. Our collaboration is a perfect proof that the art of ballet has no boundaries and can only develop through joint efforts and the creation of new original production.’

The co-production of Strapless is part of an ongoing collaboration between The Royal Ballet and the Bolshoi Theatre of Russia with recent activities including the annual World Ballet Day, a live digital stream behind the scenes of the world’s leading ballet companies, and The Royal Ballet’s critically acclaimed tour to the Bolshoi Theatre in 2014. The Bolshoi Ballet returns to the Royal Opera House in July for a three week residency marking the 60th anniversary of their first visit in 1956.

This article has been categorised Ballet and tagged Bolshoi Theatre, by Christopher Wheeldon, Production, Strapless