The glass harmonica: the world's most dangerous instrument?

Credited with unexplained deaths and mental breakdowns, how can 37 glass bowls cause so much chaos? 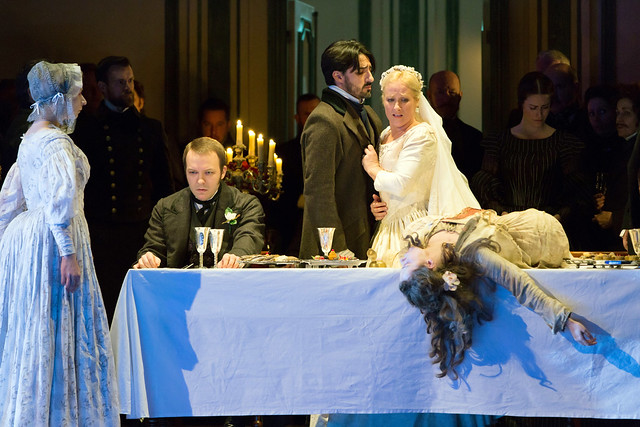 It started out as something of a dinner party crowd-pleaser. After hearing musicians in England playing an arrangement of water-filled wine glasses, Benjamin Franklin (of American ‘Founding Fathers’ fame) experimented with creating his own version.

The result was the ‘armonica’: 37 glass bowls of different sizes, threaded together on an iron spindle and colour-coded with paint to identify the notes. In contrast to the wine glass version, the bowls were positioned horizontally, allowing the player to sound up to ten notes at the same time. With its delicate sound and unusual appearance, the instrument soon became popular – even French queen Marie Antoinette took lessons – and thousands were built and sold.

So far, so ordinary, until reports from delighted party guests gradually gave way to something altogether more perplexing. Hearing the singing glasses, listeners credited the instrument with mind-altering affects. Princess Izabella Czartoryska of Poland, who met Franklin and his armonica in 1772, wrote an account: 'I was ill, in a state of melancholia, and writing my testament and farewell letters... [Franklin] opened an armonica, sat down and played long. The music made a strong impression on me and tears began flowing from my eyes. Then Franklin sat by my side and looking with compassion said, "Madam, you are cured." Indeed in that moment I was cured of my melancholia.'

Reports of mental instability and hysteria soon saw this eerie instrument relegated from the realms solo performance. Opera, however, with its frequent flights of fancy and multiple 'mad scenes', is where this instrumental anomaly found its home.

Its most famous outing was during Donizetti's bel canto tragedy, Lucia di Lammermoor - unsurprisingly, during the 'mad scene', cementing the glass harmonica's place as the soundtrack to unusual or other-worldly activities (often a flute is substituted for the glass harmonica in this scene, since players of the instrument are relatively hard to come by!). It's the unique qualities of the instrument that Beethoven had used to his advantage in a similarly disconcerting scene written 20 years before, in an unpublished extract from Princess Leonore, incidental music composed for a play, Op.202/WoO 96. The play itself is unremarkable, but, unusually for Beethoven, there is a short 'melodrama' for glass harmonica and narrator, at at the point in the play when the heroine Leonore is speaking to her true love from beyond the grave. 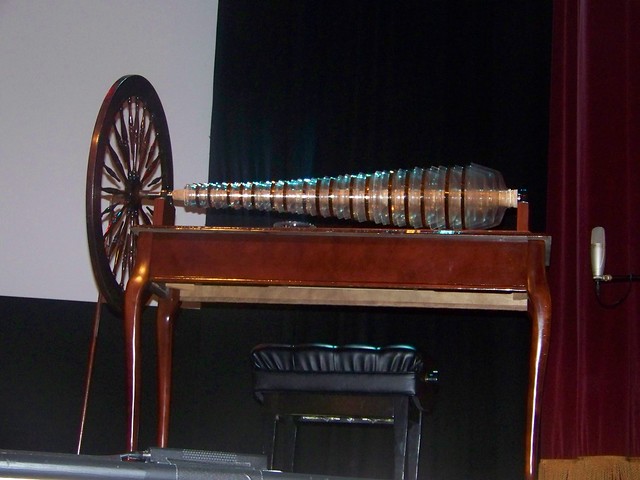 If only the players had listened to the steadying voice of science a little earlier. A quick analysis of the tones produced by this maddening instrument reveals they are produced between 1,000 and 4,000 hertz. Sounds of this frequency are difficult for the ear to place, and the result is that listeners are unable to work out where the music is coming from: 'beyond the grave', unsurprisingly, no longer stands up as a credible answer.

But it wasn't just the sound that caused players and listeners alike to lose their wits. The lead crystal used in the manufacturing of the instrument reportedly had an effect on all those who spent hours in its company, causing them to hallucinate or even faint. One such player, Marianne Kirchgessner, died at the age of 39, with the instrument being blamed for her untimely death. Science, again, debunks this theory: lead poisoning was common in the 18th and early 19th centuries for both armonica players and non-players alike. 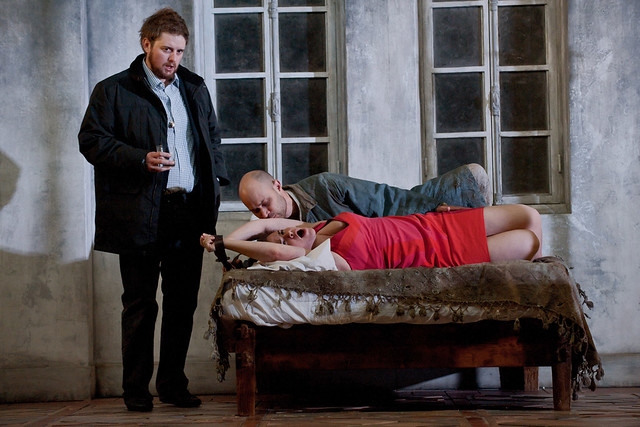 Allan Clayton as John, Rebecca Jo Loeb as Marie and Bejun Mehta as Boy in Written on Skin © 2012 ROH/Stephen Cummiskey

Nowadays, with science on its side, the glass harmonica has a small but devoted fan base. It's not hard to find plentiful examples of the instrument on YouTube or Spotify, where the likes of Björk, David Gilmour and Tom Waits are among those to have offered it a guest spot on their albums. But even despite a celebrity following, it's fair to say the instrument hasn't yet shaken its dangerous reputation. After years in the shadows the glass harmonica enjoyed its time in the operatic limelight in George Benjamin's 2013 work, Written on Skin, but the associations were clear. As the singer descended into madness, the eerie song of the glass harmonica could be heard from somewhere imperceptible. Science tells us it was the orchestra pit, but you never can be sure...

This article was originally published during the 2015/16 Season, where our performances of Lucia di Lammermoor featured a glass harmonica. This Season's performances will feature a flute.

This article has 9 comments

This article has 1 mention elsewhere