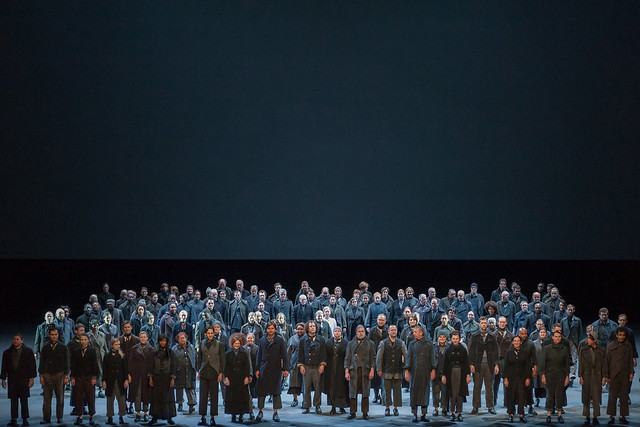 How can we think about the arts in the same sentence as homelessness? When we’re in need of shelter, food and healthcare, surely the arts are trivial in comparison and can only be enjoyed when everything else is in place?

I know differently. Over the last 20 years I have met people who have nothing, and have experienced unspeakable trauma, but who truly believe that the arts can cancel out the past and that performing is a way of making them feel human.

In the homeless field, the arts are becoming more respected and recognized for their place as part of an overall support package for homeless people. So when the route to homelessness is so complex, how can the arts really make a difference?

Experiencing homelessness can crush confidence and self-esteem; even when people are re-housed, they are isolated and find getting back into society challenging. Participating in the arts can rebuild people's pride and purpose, making creative achievements that can give them confidence to face other challenges in their lives. It can also provide pathways into community involvement by allowing people to experience the arts as audience members or performers, reconnecting them to others and to society as a whole.

In a recent project in Brazil, I asked the head of the homeless people's movement in São Paulo - a city with an estimated 18,000 people living on the streets - what role the arts could play in a place where there was so much primary need. He looked me in the eye and said, 'The arts give us dignity'.

During the 12 years since Streetwise Opera began, we have witnessed many stories that demonstrate the power of the arts: families reunited at performances; severely isolated ex-homeless people getting out of their tenancies for the first time; people enrolling in education and finding employment. We can't claim all these outcomes ourselves, but in every case, the arts have played a part in this story.

Outside homelessness, there is a kaleidoscope of examples of the healing power of the arts in the fields of conflict resolution, the criminal justice system and healthcare. For example, Professor Stephen Clift has conducted research demonstrating the measurable impacts of singing on well-being; or look at the work of Scottish Opera in cystic fibrosis; or the results of GP referrals to arts projects for people managing depression and isolation. Similarly, People United have done work using the arts to promote kindness in entire communities and the Arts Alliance network's work has demonstrated that the arts can reduce reoffending rates. In almost every field where people are in need, there is an example of an arts project that has had measurable benefits.

And aside from the difference it makes to the individual, the arts play a compelling role in bringing a different focus to a problem which can then help challenge public perception, the West-Eastern Divan Orchestra being a prime example. When 300 homeless people performed in 'With One Voice' in 2012, it was the first time in history that homeless people had been involved in an official Olympics event. It turned stigma into celebration and brought the focus onto homeless people's achievements rather than their needs. Then this year, the Royal Opera House took the bold step to include 70 members of community groups such as Streetwise, Synergy Theatre and job seekers to be part of a main-stage production of Les Dialogues des Carmélites. This had a profound effect on the performers, challenged public opinion and, crucially the production benefitted artistically from the involvement of the community chorus. The show was good because of them rather than despite them.

This is the area that interests me most. Although the arts world is beginning to demonstrate the value of the arts for the individual, participatory arts projects involving members of the community are often labelled as process-led which tends to be shorthand for 'not very good'. This is wrong and insulting to those taking part. Yes the process is the heart of these projects but the product can also be of unquestionable artistic excellence. My view is that the reason why community projects are receiving five-star reviews is that something special happens when the combination of the professional artists and non-professionals produces something more than the sum of its parts. Each group inspires the other and, in performing arts, the marriage between the great artistry of the professionals and the utter commitment, self-belief and passion for performing of the non-professionals can make for electrifying art.

Matt Peacock is CEO at Streetwise Opera. This article forms part of a series asking why access to the arts and cultural learning are so important. If you would like to share your view on this topic, please email Lizzi.easterbrook@roh.org.uk