The A-Z of Richard Strauss: R is for Alexander Ritter

Without Ritter's radicalizing influence, Strauss would have never written revolutionary works like Salome and Elektra. 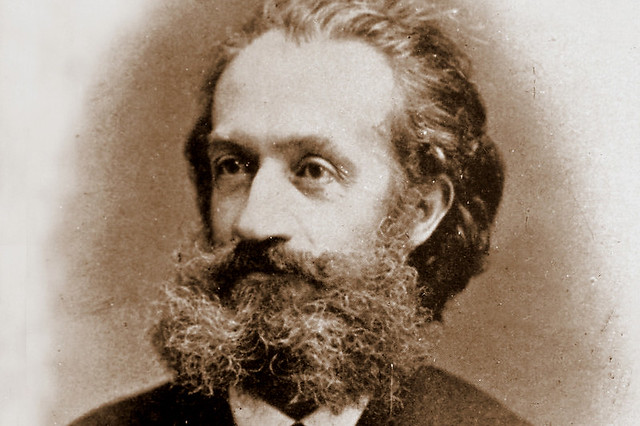 Alexander Ritter (1833–1896) was a German musician, composer and a friend of Richard Strauss.

They met in Meiningen and Ritter was keen to push the young Strauss in more radical directions than his established conservative diet of Mozart, Haydn, Beethoven and Brahms.

Ritter supported the ‘new music’ of Liszt and Wagner - to whose niece he was married - and felt that Strauss should be writing tone poems. By the time Ritter moved to Munich in 1886, Strauss was already hard at work on Aus Italien, his first symphonic fantasy. The pair travelled to Bayreuth together to visit Liszt’s grave and to hear Tristan und Isolde and Parsifal.

While Strauss never shared Ritter’s passion for Catholicism, he followed his (and Wagner’s) philosophical lead by reading the works of Schopenhauer, which inspired Strauss’s first opera Guntram (1894). Ritter died two years later, but his influence remained, even though Strauss turned his attentions towards Nietzsche, Wagner’s arch enemy.

View other posts in our weekly Richard Strauss A-Z series

2014 sees the 150th anniversary of Richard Strauss’s birth. The composer is celebrated at the ROH with stagings of Die Frau ohne Schatten (now ended) and Ariadne auf Naxos (25 June-13 July). Tickets for Ariadne are still available.

This article has been categorised Music and tagged influence, Richard Strauss, Strauss A-Z