Royal Opera House launches a new game: The Show Must Go On 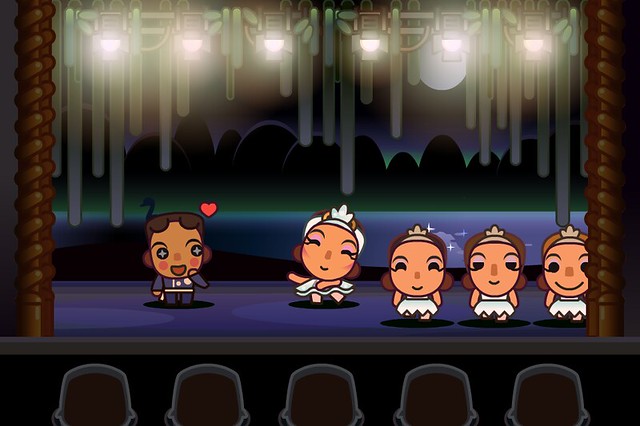 The Royal Opera has launched The Show Must Go On, a new game for iOS devices (iPad, iPhone and iPod Touch).

Ever wondered what it takes to create one of the magical stage performances at the Royal Opera House? The Show Must Go On puts the player in the shoes of an intrepid stage manager who has to cope with a string of back stage disasters.

Developed in conjunction with Hide and Seek, the app features a number of mini games relating to Royal Ballet and Royal Opera productions of The Marriage of Figaro, Carmen, Swan Lake and The Nutcracker. In the course of five mini-games the player has to manage lighting, props, set building, dressing the chorus and race against time to gather lost sheet music.

At the launch event, Chief Executive Tony Hall said, "The Holy Grail is something commercially viable that can reach lots of people. We hope that this game will excite people who don't know about opera and ballet".

The Show Must Go On is available from the iTunes store priced 69p for the first week.

The app follows the development of a free ticketing app produced in conjunction with Cloudtix.

As well as sound effects recorded on location at the Royal Opera House, the game boasts a soundtrack of world-class recordings from EMI Classics. These include performances from artists including Sir Simon Rattle, Herbert von Karajan and Elisabeth Schwarzkopf.

Have you played The Show Must Go On? What do you think?

This article has 15 comments

This article has 1 mention elsewhere