The British soprano had particular associations with operas by Britten, Tippett and Strauss among others. 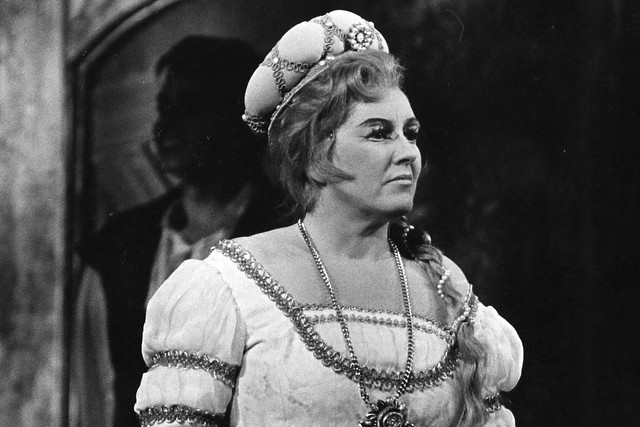 The Royal Opera is saddened by the death of British soprano Heather Harper at the age of 88.

Harper began her career as a mezzo-soprano in the Ambrosian Chorus and the BBC Chorus. She retrained as a soprano with Frederick Husler and Yvonne Rodd-Marling, and was a member of the English Opera Group from 1956 to 1975. Harper made her Royal Opera debut in 1962 as Helena (A Midsummer Night’s Dream). From 1963 to 1980 she appeared annually with The Royal Opera. She sang Ellen Orford (Peter Grimes) in Elijah Moshinsky’s new 1975 production, which also starred Jon Vickers as Grimes and which subsequently toured to the Los Angeles Olympic Arts Festival.

Harper was also a prolific concert artist, whose career highlights included performing the soprano solo in the world premiere of Britten’s War Requiem in 1962 at ten days’ notice when Galina Vishnevskaya was unable to perform. In 1965 she was the soprano soloist in only the second UK performance of Delius’s Requiem, in Liverpool under Sir Charles Groves; she later made the world premiere recording of the piece. Her final concert performances were in 1994, when she sang Berg’s Altenberg Lieder and Vaughan Williams’s Serenade to Music at the BBC Proms. Her large discography included concert works by Bach, Handel, Mozart, Beethoven, Mahler, Strauss and Britten, and operas by Mozart, Wagner, Strauss and Britten.

'We are very sad to hear the news of the death of Heather Harper, who was one the most distinguished sopranos to ever come from Northern Ireland. She was warm, engaging, exacting, practical and down to earth – outstanding, especially, in the works of Britten and Tippett. Both these composers engaged her to perform leading roles in their works, including Ellen Orford in Peter Grimes and as a truly unforgettable soloist in Britten’s War Requiem. She will be much missed'

This article has been categorised Opera and tagged Heather Harper, obituary