The British designer worked extensively in theatre, opera and ballet, and created numerous designs for the Royal Opera House. 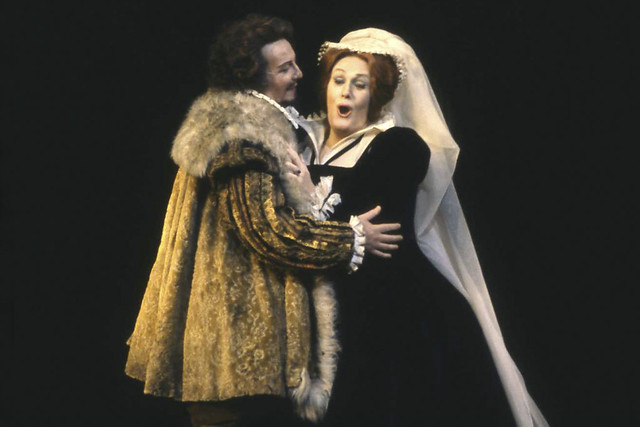 British designer Desmond Heeley (1931–2016) was renowned on both sides of the Atlantic for his imaginative designs in theatre, opera and ballet. He created a number of designs for the Royal Opera House companies, working with choreographers Kenneth MacMillan and John Cranko and with opera director John Copley. Heeley’s designs for Covent Garden, and elsewhere, always created a vivid impression, grand and colourful yet, when necessary, intimate and personal.

Heeley’s first credit with the Royal Opera House was for Sadler’s Wells Theatre Ballet (later Birmingham Royal Ballet), working on MacMillan’s Solitaire in 1956. Heeley had originally created the set designs for Cranko’s The Angels, but when the ballet was delayed Ninette de Valois insisted the designs be used in Solitaire – much influencing MacMillan’s concept of the ballet. MacMillan subtitled Solitaire ‘A kind of game for one’ and Heeley’s designs reflect and enhance the ballet’s light-hearted tone. 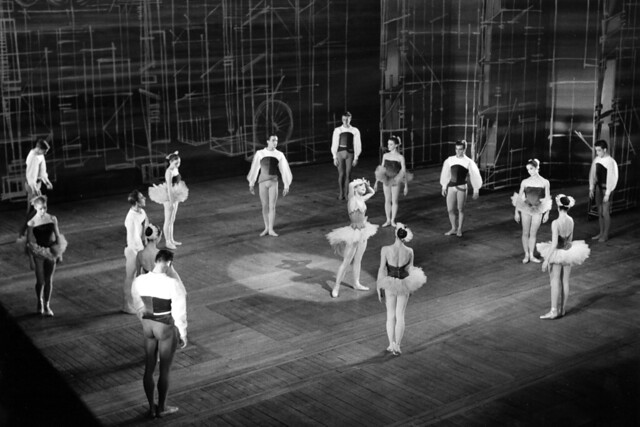 Anya Linden as The Girl and members of The Royal Ballet in Solitaire. Photograph by Roger Wood © 1958 Royal Opera House

Later that year Heeley made his debut with Sadler’s Wells Ballet (later The Royal Ballet) on a major world premiere, creating costume designs for Cranko’s The Prince of the Pagodas, with an original score by Benjamin Britten. Artist and regular Britten-collaborator John Piper designed the sets. The production was last seen at Covent Garden in 1960.

Heeley’s further credits at Covent Garden were on two productions for The Royal Opera with Copley. In 1974 Heeley designed sets and costumes for a new production of Gounod’s Faust, with a wonderful cast including Stuart Burrows, Norman Treigle and Kiri Te Kanawa. Heeley conceived the production on a grand scale, with Te Kanawa singing the Jewel Song in a leafy, tree-lined glade, while the Soldiers’ Chorus saw magnificent banners swirling around the stage. The production remained in the repertory until 1986, with future casts including Mirella Freni and Alfredo Kraus.

Heeley returned to The Royal Opera in 1977 to design sets and costumes for Copley’s new production of Donizetti’s Maria Stuarda, with Joan Sutherland in the title role, Huguette Tourangeau as Elisabetta and Burrows as Leicester. Heeley provided fine Tudor gowns with ruffs and designs that captured the very essence of this bel canto drama.

What are your memories of Heeley’s designs?

This article has been categorised Off stage and tagged designer, Desmond Heeley, obituary