Rediscovering lost operas: The fluctuating fortunes of your favourite works

With artworks hostage to fashion and cultural sentiment, why a little digging might unearth a new classic. 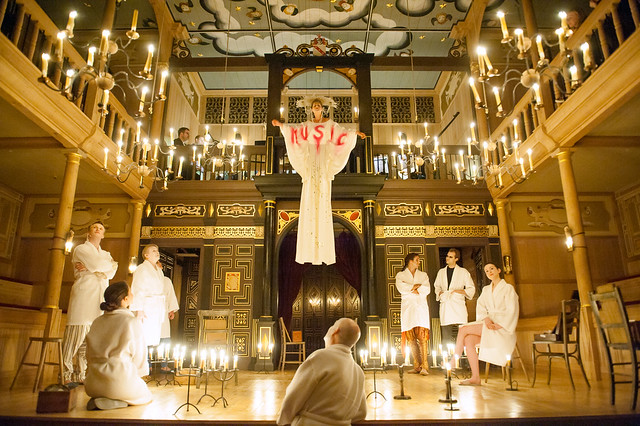 The Cast of L'Ormindo © Stephen Cummiskey

There are few greater thrills for a fan of any art form than discovering a hitherto lost classic, either an entirely new discovery or a long-forgotten favourite. For many fans of music, film, theatre, painting or sculpture; finding works, artists, and composers new to us is what stimulates our appetite for art.

For opera fans, the art form’s 400 year-long history offers plenty of opportunity for rediscovering works, attested to by regular news reports of newly-unearthed works or alternative versions, swiftly dusted off and performed for the first time in centuries.

Look a little closer and even works and composers that are now mainstays have been through the process of rediscovery:

Perhaps the most famous example of the change in fortune of an entire section of a composer's oeuvre is that of Gioachino Rossini's forgotten operas. Upon his death, Rossini was one of the most famous composers in history thanks to a string of comic hits including Il barbiere di Siviglia. With his passing, however, his more serious operas including Guillaume Tell and La donna del lago experienced a wane in popularity, only finding favour again in the mid-20th century.

Johann Sebastian Bach, who alongside Rossini is one of today's most popular composers of the modern day, also experienced a decline in popularity. His Baroque style was regarded as old fashioned in the years following his death and it took another composer - Felix Mendelssohn - to bring him back into performing repertory. Mendelssohn's 1829 performance in Berlin of Bach's oratorio St Matthew Passion was a landmark in the composer's reputational rehabilitation.

Bach's decline and rise again is symptomatic of the trend among wider Baroque and early music composers. L'Ormindo, the Francesco Cavalli opera so memorably staged by The Royal Opera at Shakespeare's Globe's Sam Wanamaker Playhouse last Season,  was neglected for 323 years until Glyndebourne presented it in 1967. Monteverdi's Orfeo – now widely regarded as the first great opera – suffered a similar fate, neglected from the 1650s until its first public airing two and a half centuries later in 1904.

Though the aforementioned waxings and wanings of fortune have occurred over entire centuries, shorter time-frames also offer scope for flux: Leoš Janáček was well respected during his own lifetime in his native central Europe but his music became better known internationally through the championing of Australian conductor Charles Mackerras; and Weill and Brecht's opera Rise and Fall of the City of Mahagonny has proved a stellar example of nominative determinism in action. The opera, first performed in 1930,was not staged in the United States - the country whose ideals it critiques so sharply - until 1970. The anti-capitalist undercurrent of the work no doubt contributed to its stint on the operatic sidelines during the Cold War.

Such changing fortunes aren't only in the past, just take a cursory look at sites like Operabase or the programmes of recent BBC Proms programmes. Early 20th-century British works by composers like Ralph Vaughan-Williams and George Lloyd are currently enjoying a revival, and central-European composers like Król Roger composer Karol Szymanowski are finding new audiences following the fall of the Iron Curtain.

Of course, historic works are only one side of the coin. For any opera company - and indeed for the art form to advance creatively - it's important to commission and programme new works too. This is an approach taken by the Royal Opera House with a commitment to new opera that has included Written on Skin and Through His Teeth. The staging of Søren Nils Eichberg's 'robot opera' Glare, a work that - within the framework of an established artistic tradition - explores current issues through a contemporary sound-world.

It's this fusion of classic and contemporary which has led to The Royal Opera teaming up with publishers Pushkin Press. They will be giving away specially-selected books from their catalogue at performances of Glare, placed on the seats of lucky audience members. Like The Royal Opera, an important part of Pushkin Press's work is rediscovering previously-unknown masterpieces, alongside exciting new works. Among other authors they've been instrumental in championing the work of Stefan Zweig, the writer whose work inspired Wes Anderson's film The Grand Budapest Hotel. So, if you're going to a performance of Glare, make sure to look on your seat before you fix your gaze on the stage; both book and performance will reflect the importance of past as well as present in the artistic experience.