This month features a magnificent recording of the Ring Cycle, an exceptional disc by Sonya Yoncheva and a new recording of Donizetti's rarely-performed Les Martyrs. 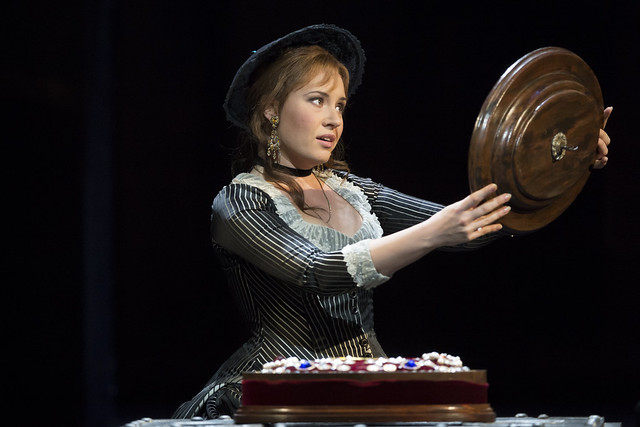 Les Martyrs has not made great headway on stage or off. This new recording from Opera Rara may well change that. Under Mark Elder, this is a revelatory recording, showing Donizetti’s remarkable grasp of the scope and style French grand opera. Expanded to four acts, with substantial additions and the inclusion of the obligatory ballet, Les Martyrs is a very different – and I think superior – work from its Italian original, Poliuto. Leading the Orchestra of the Age of Enlightenment, Elder gives a spacious, clean account of the opera, alive to its dramatic structure but without gimmick, letting the opera speak for itself with surprising originality. Michael Spyres and Joyce El-Khoury are exceptional as Polyeucte and Pauline, the Christian martyrs of the title, with El-Khoury especially refined throughout an extreme range. There is superb support from Brindley Sherratt and Clive Bayley, as well as Opera Rara’s excellent chorus. Lavishly packaged with Opera Rara’s usual attention to detail, I can’t recommend this recording strongly enough. For Donizetti on record, this Les Martyrs is a game-changer.

One of the most exciting emerging talents today, soprano Sonya Yoncheva has dedicated her debut recital to 19th-century Paris, both music composed there and excerpts from operas set in the city. The sheer beauty of Yoncheva’s voice gives great pleasure throughout this recital, and if the concept matters little the singing certainly does. She is a committed and intelligent artist able to make sure each number counts for something dramatically, without sacrifice of tone or any hint of harshness – certainly she can apply pressure to make a dramatic point, but always within the requirements of the vocal line. She is especially touching in Massenet – her rendition of the final scene from his Thaïs is one of the loveliest tracks here, and ‘Pleurez mes yeux’ from Le Cid shows her at her most impassioned. An exceptional disc then, and an important introduction to a significant artist.

This recording might not be fresh out of the studio, but Decca is to be congratulated for finally issuing the now legendary ‘Solti Ring’ at bargain price. Recorded over five years and enshrining some of the greatest Wagnerian signing we are ever likely to hear, this is an indispensable recording. Georg Solti conducts the Vienna Philharmonic in perhaps the most exciting reading of this music we have: there are more lyrical Rings, more philosophical Rings, but none with the sheer power to thrill like this one. From a valedictory turn from Kirsten Flagstad – forsaking Brunnhilde for Fricka – to Birgit Nilsson’s peerless closing scene some 14 hours later, the recording has no flaw serious enough to warrant mention, and in its enormous compass showcases music-making at its most committed and elevated. Never long out of the catalogue, this new release comes in at a ridiculous £39.99, and includes Deryck Cooke’s excellent Introduction to The Ring, over 2 bonus CDs. If you don’t have this recording yet, now’s the time.

What recently released recordings would you recommend?

The Royal Opera House Online Shop stocks a full range of classical recordings, as well as DVDs and merchandise.