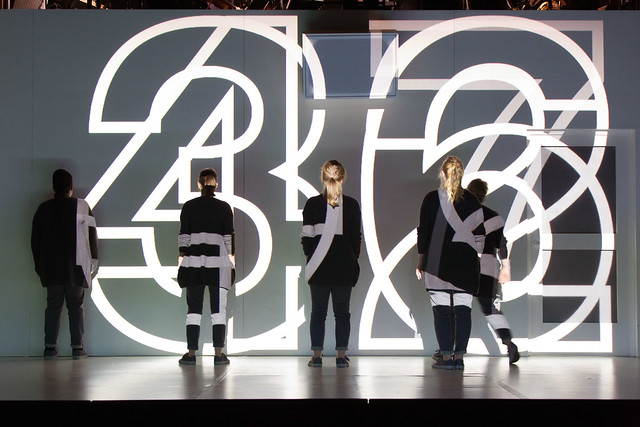 A linchpin of British theatre

Playwright Sarah Kane was one of the most important artists of her generation. The five plays she wrote in her short life are remarkable works that challenge and transform the ideas of what theatre can be. Controversial at their premieres, her plays are now celebrated as linchpins of British theatre, praised not only for the innovations they make but also for Kane’s unflinching exploration of depression and for her vibrant, beautiful language. Kane was insistent that her plays belonged in the theatre, and adaptations of her writing for other art forms are rare. Philip Venables’s operatic adaptation of 4.48 Psychosis, Kane’s final play, is the first of its kind.

4.48 Psychosis is the third opera by British composer Venables, following his ‘anti-opera’ Unleashed, based on recordings of gay men describing sexual encounters, and his chamber opera project The Schmürz. But text plays an integral part in many of his compositions, from The Revenge of Miguel Cotto, a collaboration with poet S.J. Fowler commissioned by London Sinfonietta, to his settings of poetry by Simon Howard in numbers 76–80 : tristan und isolde and numbers 91–95, and by Sean Bonney in Socialist Realism. These and other works also share a common thread in Venables’s fascination with violence – its allure, its power and its consequences.

Not about blood and guts

Kane’s 4.48 Psychosis was completed shortly before the playwright took her life, and since its premiere has been considered the equivalent of a suicide note. But 4.48 Psychosis is an important piece of theatre in its own right. The play has no character list, no speech cues and minimal stage directions; this built-in directorial freedom ensures no two productions of the work can be the same. Kane’s text sometimes suggests a dialogue, sometimes intense soliloquy, frequently blossoming into passages of painful beauty; and, as with all her works, combines an upsetting and uncomfortable exploration of the human condition with sharp flashes of pitch-black humour. For Venables, ‘it’s not about blood and guts – it’s about that huge conflict of wanting love and wanting happiness and not being able to find it’.

Kane’s plays are powerful theatre works, but they also have extraordinary potency when read. This has played into Venables’s longstanding interest in the interplay of written, sung and spoken text. ‘I chose 4.48 Psychosis because it feels like a really musical text’, he explains. ‘Of all Kane’s plays it feels like the one where she’s written some music on the page.’ The play’s unusual form has also influenced Venables’s composition: ‘the freedom in the text allows us to be so free with the ensemble of voices that we have. We’re trying to re-create a kind of polyphony of inner voices – all those voices in your head.’ Venables uses his cast of six singers and 12 musicians to create new contexts for Kane’s text. ‘There are at least four scenes which use visually projected text and percussion – which mirrors the speech rhythm of the text; there’s also some voice-over work, and everything in between.’

Created by the Composer-in-Residence

Venables was the first person to hold the post of Doctoral Composer-in-Residence at The Royal Opera and the Guildhall School of Music & Drama, the first position of its kind specifically to support composers of opera. The studentship offers one composer every two years the opportunity to research and write a large-scale work, mentored by senior figures from each organization. ‘The support has included one-to-one development sessions, building relationships with writers and performers and running workshops and rehearsal sessions with Guildhall School students across both music and drama’, Venables explains. ‘I’m astounded at how huge an enterprise this is and how utterly focussed everyone is on producing the most fantastic work. It’s flattering and daunting to see so many people come together to work on my project.’