Opera Essentials: Janáček's From the House of the Dead

A quick guide to Janáček's intense opera, based on Dostoyevsky's novel.

Grant Doyle as Small Prisoner, Willard W. White as Alexandr Petrovič Gorjančikov, Pascal Charbonneau as Aljeja in From the House of the Dead, The Royal Opera Season 2017/18 © ROH 2017. Photograph by Clive Barda.

This intense new staging of From the House of the Dead brings Leoš Janáček's last opera to the Royal Opera House for the very first time. The music is quintessential Janáček, driven by contrasts from the starkly sparse to the intensely moving. This production restores the score as the composer intended it, stripping away changes made after his death. Polish director Krzysztof Warlikowski sets the story in a modern prison, where the inmates's extreme emotions erupt in casual cruelty and scenes of sexual violence.

Janáček's visceral musical style is instantly recognizable, particularly in his most popular pieces, such as his Sinfonietta or his String Quartets, or in his other operas such as Jenůfa. He uses short musical figures like building blocks, combining and repeating them. His music is full of textural variety, with the dramatic sound of the full ensemble contrasting the delicacy of solo sections.

In From the House of the Dead this characteristic style creates a hypnotic effect that immerses the audience in the world of the characters from the very first notes, and focuses in on the human drama of the story. Instrumental effects, including a percussion part for chains, transport us straight into the prison setting.

Janáček's music references the folk sounds of his beloved Czech homeland. One feature of his distinctive sound is the use of 'speech melodies': Janáček constantly notated the sounds of people speaking and used this as inspiration for his vocal melodies. This means his vocal music and operas sound satisfyingly natural and conversational, and much of the music in this opera is refreshingly unsentimental.

Janáček loved Russia and founded the Brno Russian Club in 1897 to promote Russian language and culture. Several of Janáček's pieces are inspired by Russian writers, such as his String Quartet No.1 (based on Tolstoy's The Kreutzer Sonata), the orchestral rhapsody Taras Bulba (based on Gogol) and his opera Káťa Kabanová (after Ostrovsky). Janáček was inspired by Dostoyevsky's The House of the Dead – a semi-autobiographical novel about the experiences of prisoners in a Siberian gulag. He wrote the libretto himself, translating from the original Russian into Czech. 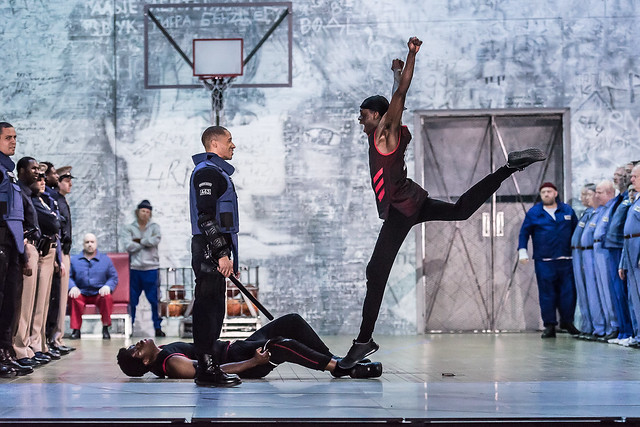 This was to be Janáček's final opera. He had completed a draft to be written out by his copyists, and had approved their scores for Acts I and II. Act III was yet to be reviewed when Janáček died in August 1928. Two of his pupils completed the final act of the opera with the best of intentions, adding to the instrumentation and inventing a new ending that they believed the composer would have wanted. This version was performed at the 1930 premiere in Brno, two years after Janáček died.

Janáček often chose unusual topics for his operas, and Dostoyevsky's novel is no exception. There is no linear narrative: Gorjančikov is brought to the prison and his fellow inmates step forward to tell their own histories, presenting a collection of short stories. It is an all-male prison, and the absence of women means that they become the focus of the men's thoughts. The universal themes of fate, compassion and mortality are brought to the fore. At the top of the score Janáček inscribed 'In every creature, a spark of God', a quotation from Dostoyevsky. After he died, a piece of paper with these words was found among his clothes: 'Why do I go into the dark frozen cells of criminals with the poet of Crime and Punishment? ….there I find a spark of God.'

This is the first time From the House of the Dead has been performed at the Royal Opera House, and director Krzysztof Warlikowski has moved the setting to a modern prison to explore the brutality of prison life. Warlikowski is known for his subversive productions, and works regularly with the creative team who are bringing this opera to life. This is the UK debut for several of the creative team including Warlikowski, designer Malgorzata Szczesniak and choreographer Claude Bardouil.

From the House of the Dead marks the beginning of a Janáček cycle at the Royal Opera House, which will also feature Katya Kabanova, Jenůfa and The Makropulos Affair.

From the House of the Dead runs 7-24 March 2018. Tickets are still available.

It is a co-production with La Monnaie, Brussels, and Opéra de Lyon and is staged with generous philanthropic support from Hamish and Sophie Forsyth and The Tsukanov Family Foundation.

This article has been categorised Opera and tagged 20th century, by Krzysztof Warlikowski, Czech, Dostoyevsky, essentials, From the House of the Dead, Gogol, introduction, Jenufa, Katya Kabanova, Production, synopsis, Tolstoy