Our quick introduction to Puccini’s trio of short operas, bringing together the dramatic, tragic and comedic best of this giant of Italian opera. 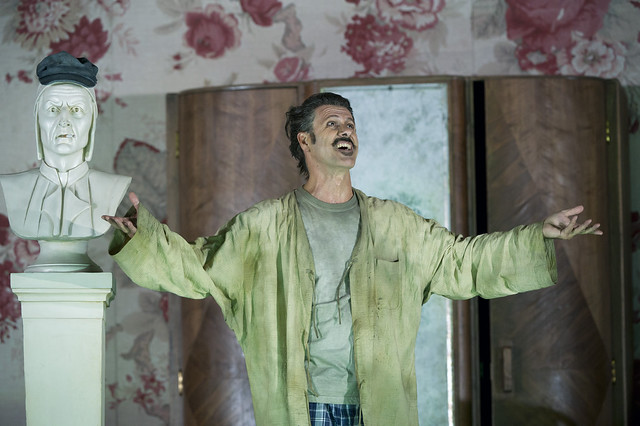 In Il tabarro, Giorgetta seeks relief from her misery at the death of her baby by having an affair – how will her husband Michele react? In Suor Angelica, the nun Angelica is visited by a relative who brings unwelcome news. And in Gianni Schicchi, a Florentine family enlist the cunning Schicchi to help them rewrite a will, little knowing that Schicchi has his own plans.

The musical worlds of the three one-act operas that make up Puccini’s Il trittico are very distinct, and yet complement each other. Paris-set Il tabarro opens with an extraordinary musical depiction of the Seine at dusk, while the characters’ working-class environment is evoked through popular music: drinking songs, the organ-grinder’s melody and the song of the ballad-singer. Suor Angelica is the most lyrical of the three operas, with poignant use of reiterated melodic material; while in Gianni Schicchi the bickering Donatis are brought hilariously to life through their rapid, rhythmically insistent music, which contrasts with the young lovers’ lyricism.

Puccini’s three operas all had very different sources. Il tabarro was a reworking of La Houppelande, a melodramatic play by Didier Gold that Puccini saw in Paris in 1912. The plot of Suor Angelica seems to have been invented by Puccini and his librettist Forzano, while the inspiration for Gianni Schicchi came from a passing mention of the character in Dante’s Divine Comedy, and from a commentary on Dante published in 1866.

For many years, it was a rare treat to hear all three operas of Il trittico performed together – Suor Angelica was regularly dropped, and Gianni Schicchi often paired with works by other composers. However, the works are increasingly performed as Puccini wished: as a one-of-a-kind operatic triptych from a master of Italian opera.