A number of those associated with the Royal Opera House have been recognised, including Kiri Te Kanawa, Simon Keenlyside and Kevin O'Hare. 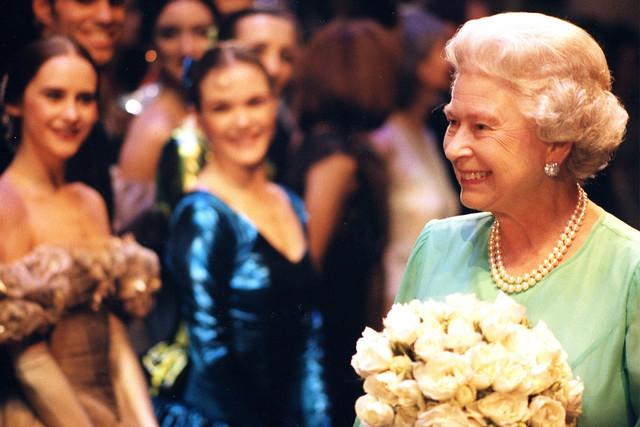 The Queen's Birthday Honours 2018 have been announced, featuring a number of recipients associated with the Royal Opera House.

Legendary soprano Kiri Te Kanawa is awarded the Companion of Honour. The New Zealander made her Royal Opera debut in 1971 and sang many times at Covent Garden over the course of her career. Her last performances at the Royal Opera House were in 2014, celebrating her 70th birthday with performances in Donizetti's La Fille du régiment. She also founded the Kiri Te Kanawa Foundation, which provides financial and career scholarships to young New Zealander singers and musicians.

Those knighted include baritone Simon Keenlyside and philanthropist Lloyd Dorfman. Keenlyside made his Royal Opera debut in 1990 and has performed many roles since. He will return to Covent Garden both this Season to sing Ford in Falstaff, and in 2018/19 to sing Count Almaviva in The Marriage of Figaro.

Director of The Royal Ballet Kevin O'Hare receives a CBE. O'Hare was appointed to the position in 2012 and since then his focus has been promoting artistic excellence, developing talent and widening the Company's performing platform.

'It is truly wonderful to receive such an honour', he said. 'Working at The Royal Ballet is a daily privilege thanks to all the talented people, both on stage and off, all of whom make this company so exceptional.  It feels particularly special to receive this honour at the end of what has been a very exciting season, culminating in our recent new production of Swan Lake'.

Thomas Adès – the composer behind The Exterminating Angel, The Tempest and Powder Her Face – is also awarded a CBE.

Mezzo-soprano Alice Coote has been awarded an OBE while Ballet Master/Royal Ballet Principal Character Artist Gary Avis receives an MBE. Coote has performed many times at Covent Garden since her 2002 debut – most recently as Octavian in Der Rosenkavalier; while Avis has danced with The Royal Ballet since 1989, his many roles with the Company include Drosselmeyer in The Nutcracker, Von Rothbart in Swan Lake and Step-sister in Cinderella.

Composer and choreographer Hofesh Shechter has been awarded an honorary OBE for Services to Dance. He made his Royal Ballet debut in 2015 with Untouchable, for which he also co-composed the score, and his Royal Opera debut later the same year, co-directing Orphée et Eurydice with John Fulljames.

Other high-profile recipients from the arts world this year include Tom Hardy, Keira Knightley, Simon Schama and Emma Thompson.

This article has been categorised Awards, Off stage and tagged Queen's Birthday Honours

This article has 15 comments