The Austrian composer of ATTHIS and Morgen und Abend introduces his music. 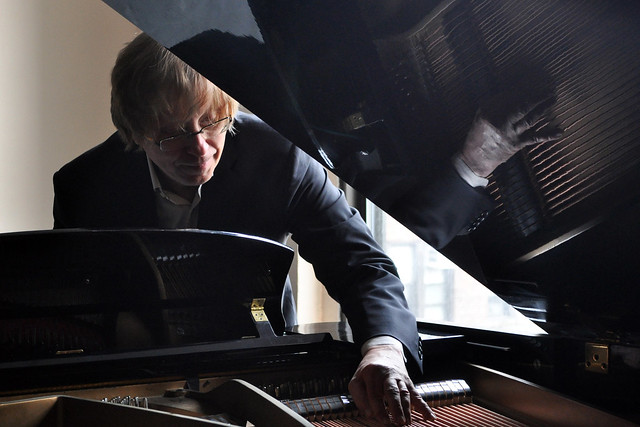 Austrian composer Georg Fredrich Haas is best known in the UK for his instrumental work in vain, acclaimed by Simon Rattle as ‘an acknowledged masterpiece of the 21st century’. But there is much more to Haas than one piece: a complete list of his works includes song cycles, symphonic works, six operas and chamber and solo pieces. His music is clearly influenced by his studies with the Spectralist composer Gérard Grisey, but Haas’s music is freer in structure, guided not by harmonic series but by an emotional drive.

During rehearsals for a new production of his song cycle ATTHIS in the Linbury Studio Theatre, and shortly after the announcement of his new commission, Morgen und Abend (Morning and Evening), for the Royal Opera House’s main stage in the 2015/16 Season, Haas spoke of his music and the intense collaboration needed to create an opera.

Asked to describe his music, he began, ‘It’s hard for anybody to describe themselves… I would say, just imagine a film and you hear the soundtrack of the film but you don’t see it, you just follow the emotions of this soundtrack. Don’t expect melodies, don’t expect harmonies – just expect soundscapes’.

Haas spoke about how opera at its greatest is a constructive collaboration between several different artists to create a coherent effect across many different media. ‘A wonderful example of this is found in film. If you watch The Shining, the music of Penderecki and Ligeti is not illustrating, it’s not doubling, but all the forces come together to achieve the same effect’.

The production is generously supported by  Stefan Sten Olsson, Cockayne - Grants for the Arts via The London Community Foundation, Ernst von Siemens Music Foundation and The John S Cohen Foundation.