By Christopher Millard (Former Director of Press and Communications) 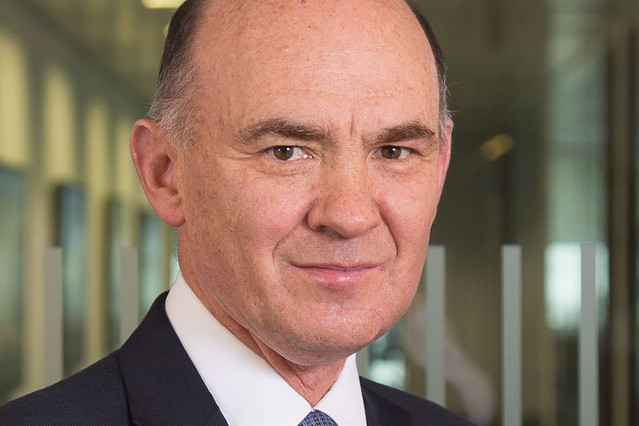 Ian Taylor was elected yesterday as the new Chairman of the Board of Trustees of the Royal Opera House (ROH) succeeding Simon Robey. The appointment concludes a recruitment process which began in early 2016 and was conducted by a panel of the Nominations Committee, chaired by Sir Anthony Salz, and which included fellow Board members Dame Vivien Duffield, Sir Nicholas Hytner, Julian Metherell, and Dame Heather Rabbatts. At the same meeting Suzanne Heywood was appointed Deputy Chair and to succeed Sir Anthony Salz as Senior Independent Director. These appointments will come into effect in September 2016.

Ian Taylor joined the Royal Opera House Board of Trustees in March 2012, becoming Chair of the Development Committee the following year. He is a member of the People and Organisation Committee and, along with his wife, Tina, is on the Board of Honorary Directors.

In particular, he and his wife have made a significant contribution to the hugely successful ROH schools’ matinee programme, along with other learning and participation initiatives. He is committed to making the Royal Opera House more accessible to young people of all backgrounds and from all areas of Britain. He has also provided counsel and assistance in regards to the ROH's fundraising and development.

In addition to his relationship with the ROH, Ian has supported a broad range of arts projects in Great Britain. He was a Board member of Rambert from 2009 to 2014, and was involved in fundraising for the organisation's new building on the South Bank. He continues to support Studio Wayne McGregor, a major creative hub for modern British choreography.

Ian has also supported the Millbank Project at Tate Britain, including, in 2013, the creation of the Taylor Digital Studio, the Tate's first dedicated space that utilised digital technology for learning programmes.

Ian is from a Scottish family and was educated in Macclesfield. He maintains strong connections with both the north-west of England, and with Scotland: he is a dedicated supporter of Manchester City Football Club, and was an active participant in the campaign to keep Scotland in the United Kingdom. He is also the major shareholder in Harris Tweed, and was instrumental in saving the company from bankruptcy in 2005.

Ian read Politics, Philosophy and Economics at Oxford University. He began his business career with Shell in 1978, working in South America and South East Asia, before joining Vitol Group in 1985.  Since 1995, he has been President and Chief Executive Officer of Vitol Group, a leading energy trading company with 40 offices worldwide and around 1250 employees.

Of his appointment, Ian Taylor said:

'It has been fascinating getting to know the Royal Opera House from within over the past few years. This is a wonderful institution, and I am honoured to be appointed as Chair. We have already begun the Open Up project and I wholeheartedly support the great work being done by Alex Beard, Antonio Pappano and the artistic teams at The Royal Opera and The Royal Ballet and all their staff as they shape a bright future for the organisation and the next generation of audiences. I look forward to continuing the tremendous work of Simon Robey, and to working with everyone here in maintaining the Royal Opera House's position at the heart of British cultural life.'

Simon Robey, Chairman of the Board of Trustees of the Royal Opera House added:

'I am delighted that Ian will succeed me as Chairman. He and Tina are lovers of the opera and the ballet and are passionate supporters of all we do at the ROH. They have made a decisive contribution to our mission of opening the ROH to new audiences through their support of the Children's Matinees. Ian has been a great help to me, the whole Board and the executive in his time as a Trustee. I have no doubt that he will help to lead the ROH to still greater heights.'

'We’d like to thank Simon Robey for his sterling service to the Royal Opera House and to the art forms. During his time, the Royal Opera House has doubled its reach with the digital transformation of opera and ballet, and developed strong community links, particularly in Essex. We welcome Ian Taylor who, working with the ROH executive team, will help power this work in the future.'

By Christopher Millard (Former Director of Press and Communications)

This article has been categorised Off stage and tagged chairman, Ian Taylor, Royal Opera House trustees