How to be perfect: Androids, humans and the danger of the ideal

Søren Nils Eichberg’s opera Glare explores a recurrent issue in science fiction - what do you do if you can't tell who is real?

By John Snelson (Head of Publishing and Interpretation) 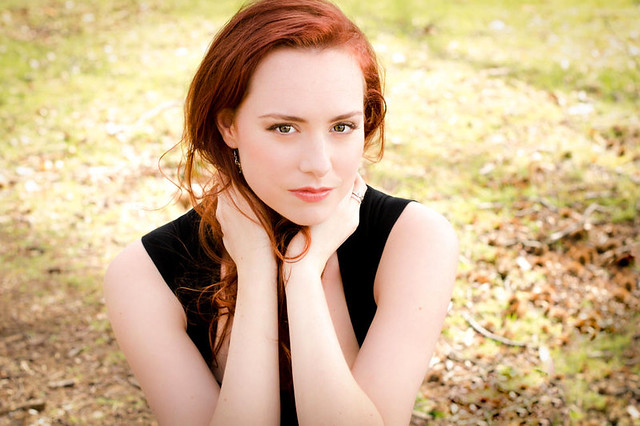 ‘My girlfriend is too perfect.’ It sounds like the opening line for a Jeremy Kyle show. But what could the problem be? Strangely, perfection is a deeply worrying concept when applied to people. While we would all love to think ourselves flawless, the human condition just does not allow it. So could a perfect man or woman actually be human? It’s a classic sci-fi question of android vs human that now has an operatic outing in Søren Nils Eichberg’s Glare.

Isaac Asimov summarized the neurosis that lurks behind the idea of robots. We create them to serve us, we improve them to be like us, they become better than us, they enslave us. Finally they get rid of us – redundant and imperfect as we are. This scenario is played out repeatedly in science fiction, where a humanoid – indistinguishable from humans – may be set to take over the world – or more likely, the universe.

Such a pretext is behind an early episode of Star Trek, ‘What are little girls made of?’. Eminent scientist Roger Korby is thought lost on the planet Exo III, where he was excavating a long dead civilization. But he is still alive, deep underground with machines left behind that can create exact android duplicates of humans, including their memories. The copies seem indistinguishable from the real thing.

If someone – or something – behaves like a human and looks like one such that we can’t tell either way, does it matter? In the film Blade Runner, replicants – android copies of humans – are hunted down and ‘retired’, i.e. killed. A test of minute reactions to questions helps determine if a suspect is human or android – it’s that difficult to discriminate with the latest models. The novel on which it is based, Philip K. Dick’s Do Androids Dream of Electric Sheep?, delves even deeper into dark reflections on what we value as human signifiers. The bounty hunter who ‘retires’ androids develops feelings for one, Rachael. Because of her implanted memories, at first she didn't even know she was an android. Another bounty hunter seems by test results to be an android himself – a comment on the tests or on the person? And so the comparisons go on: the story is a hall of mirrors of what is real, what is fake, and what our reactions could be to any of it.

Maybe the androids are superior – they often seem to think so. In another example from the Star Trek franchise, the Borg Queen in the film Star Trek: First Contact dismisses humans as ‘flawed, weak, organic’. The human body does have its flaws, not least through decay. Asimov’s Andrew Martin, the Bicentennial Man of the story’s title, is a humanoid robot who over two centuries undergoes progressive surgery to become more and more human, internally and externally. At one point he is told ‘you’ve gone downhill from the moment you opted for organicism’.

Of course, the artificiality of the Borg is self-evident – we see them coming. But what if there is no external clue? In Asimov’s story Evidence, politician Stephen Byerley is accused by a rival of being an android. Part of the ‘evidence’ is that Byerley doesn’t seem ever to have hurt anyone: the first of Asimov’s three laws of robotics states that ‘a robot may not injure a human being or, through inaction, allow a human being to come to harm’ – as the character Susan Calvin, a robopsychologist, points out, 'you just can't differentiate between a robot and the very best of humans’.

Across all the other worlds and imagined technologies of such science fiction stories, the common thread is a simple question, impossible to answer: what is it that makes us human? That is, if we are…

Glare runs 14–22 November 2014. Tickets are still available.
The production is generously supported by the Friends of Covent Garden.

By John Snelson (Head of Publishing and Interpretation)