The ROH has been home to major opera premieres dating all the way back to our first resident composer Handel – as material from ROH Collections shows. 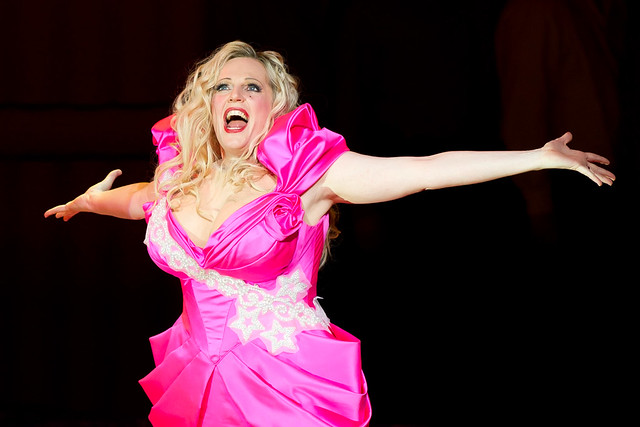 Creating new work is crucial to the future of any art form. Right from the very beginning, the Royal Opera House has played a significant role in the forging of new operas, hosting its first world premiere in 1735 with Handel’s Ariodante, just a few years after the opera house was built. Following in Handel’s footsteps are such composers as Weber, Vaughan Williams, Britten, Henze, Birtwistle and Adès, whose work was championed by the ROH – as a delve into the precious archive material in the ROH Collections reveals.

The first theatre on our Covent Garden site was built in 1732. Just two years later a fortuitous (for us) series of events led Handel to become resident composer at the new theatre. Along with Ariodante there were numerous important world premieres of Handel’s music here, including the operas Alcina and Berenice, and the oratorios Semele, Judas Maccabaeus and Solomon.

After Handel’s residency relative dry spell followed, as the theatre, then called the Theatre Royal, Covent Garden, primarily staged plays and English light opera. Then in 1824 it was announced that the great German composer and conductor Carl Maria von Weber was to be the theatre’s next musical director, following the fantastic acclaim his opera Der Freischütz had received across Europe. Included in Weber’s contract was the commission of a new opera: Oberon, Weber’s first opera in English. It was performed for the first time on 12 April 1826, conducted by the composer, despite his suffering from ill health. The premiere was a triumph – but tragically Weber died just 13 weeks after arriving in London. 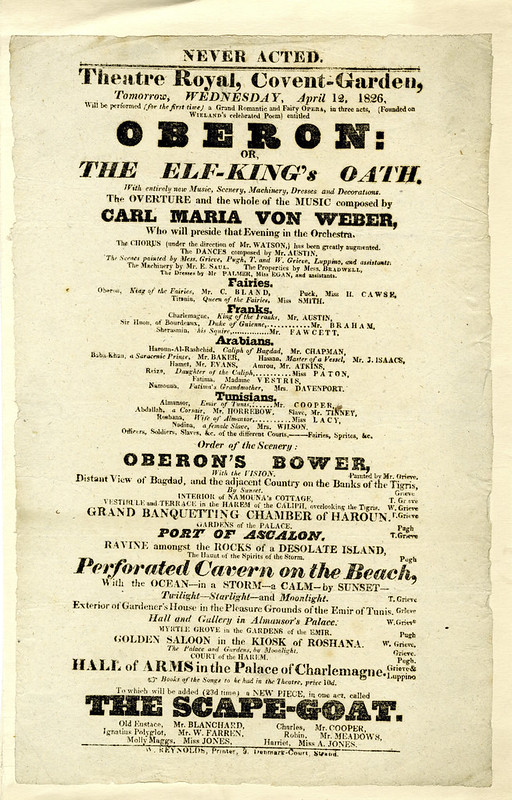 In 1847 the theatre became a dedicated opera house, initially called the Royal Italian Opera and from 1892 the Royal Opera House. The transformation was thanks to the arrival of Italian conductor Michael Costa, who made the theatre a centre for the UK premieres of new works fresh from the continent. The list of great 19th-century operas that had their UK premieres at the Royal Opera House is long, and includes Verdi’s Rigoletto in 1853 and Falstaff in 1894, Wagner’s Lohengrin in 1875, Saint-Saëns’ Samson et Dalila (in concert) in 1893 and Puccini’s Tosca in 1900, Madama Butterfly in 1905 and Turandot in 1927. Costa’s legacy was the Royal Opera House’s continuing reputation as an international centre of world-class opera.

Charles Craig as Lieutenant F.B. Pinkerton and Sena Jurinac as Cio-Cio-San in the 1959 revival of Madama Butterfly (1950) © ROH Collections

The ROH’s equal responsibility to championing British composers came to the fore at the end of World War II. In 1946 a new resident opera company was established at the Royal Opera House: the Covent Garden Opera Company, later to become The Royal Opera. The company commissioned its first new opera in 1949, and went to a leading British composer of the day: Arthur Bliss’s The Olympians, followed the next year by Vaughan Williams’s The Pilgrim’s Progress. The company’s first great success, though, was Britten’s Billy Budd in 1951. The press response was rapturous, Robert Ottaway writing for the Sunday Graphic that ‘last night a masterpiece was born, and it will outlive the lot of us’.

Over the second half of the 20th century and into the 21st The Royal Opera commissioned new works from British and international composers, with a role call of prominent names: Britten’s Gloriana in 1953; Walton’s Troilus and Cressida in 1954, Tippett’s The Midsummer Marriage in 1955, The Knot Garden in 1970 and The Ice Break in 1977, Richard Rodney Bennett’s Victory in 1970, Maxwell Davies’s Taverner in 1972, Henze’s We Come to the River in 1976, Birtwistle’s Gawain in 1991 and The Minotaur in 2008 and Mark-Anthony Turnage’s Anna Nicole in 2011.

The Royal Opera’s commitment to new opera continues to the present day. Recently the Royal Opera House stage has seen the world premiere of Georg Friedrich Haas’s Morgen und Abend in 2015 and the UK premieres of George Benjamin’s Written on Skin and Thomas Adès’s The Exterminating Angel, both Royal Opera co-commissions. Forthcoming premieres include Benjamin’s Lessons in Love and Violence and Unsuk Chin’s Alice Through the Looking Glass on the main stage, in addition to a rich programme of new work in the Linbury Studio Theatre and other spaces around London – all continuing to build on the Royal Opera House’s centuries-old tradition.

The principals (2) in The Exterminating Angel (C) ROH 2017. Photograph by Clive Barda

The production is a co-production with Dutch National Opera, Hamburg State Opera, Opéra de Lyon, Lyric Opera of Chicago, Gran Teatre del Liceu, Barcelona, and Teatro Real, Madrid, and is given with generous philanthropic support from The Monument Trust, Stefan Sten Olssen and the Boltini Trust.

Unsuk Chin’s Alice Through the Looking Glass will be performed as part of the 2018/19 Season.