This gorgeous duet may be recycled from an earlier work, but if anything that only shows what great taste its composer had. 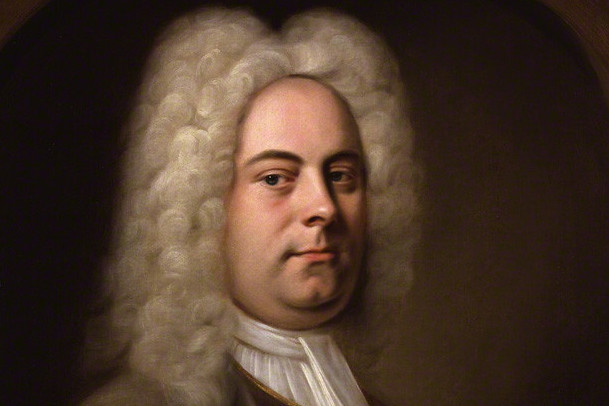 London, 1734. Handel and his opera company have just been ousted from their home at the King’s Theatre on Haymarket by their aristocrat-backed rivals the Nobility Opera. Not one to give up without a fight, Handel has set up shop at the newly built Covent Garden Theatre (which will burn down twice before becoming the Royal Opera House). He opens his first Covent Garden season safely, with a revival of the popular Il pastor fido, followed by another revival, of Arianna – in fact, he won’t produce his first original work, Ariodante, for the theatre until January 1735. But in the interim there is an interesting in-between work: Oreste.

Oreste is a pasticcio – a work where music from earlier operas is lifted into a new libretto (the word means ‘pastry’, as in scraps, and engendered the term pastiche). Oreste was the first of three written by Handel that use music only by him, giving them more stylistic coherence than the average pasticcio. The idea of a composer stitching together a new story from former hits might seem peculiar now. But for a composer-cum-impresario, strapped for time at the beginning of a season, it was a time-efficient way to create a work that would offer something new to audiences, but also something they’d know they’d like. It also meant he could cherry-pick the music for the cast available, displaying their talents in the best possible light. The pasticcio might not satisfy Romantic ideas of artistic originality, but it could still offer beautiful music and compelling drama – two things Oreste has in spades, particularly in the duet ‘Ah mia cara’.

The duet comes at the end of Act II. Oreste (a castrato role) has become reunited with his wife Ermione (soprano). They are discovered by the murderous king Toante (bass), who loves Ermione. Outraged, he has them arrested, and as the lovers are drawn apart they sing this gorgeous duet of love and loss. Baroque opera is not short on such partings, but Handel selected a pre-existing duet where not only the specific movement but also its former context have a satisfying symmetry. The source is Handel’s 1721 opera Floridante, where the warrior prince Floridante (another heroic castrato) is ordered to leave his betrothed Elmira (contralto this time) by her supposed father Oronte (another murderous bass) – who we later discover has fallen for his adopted daughter and wants her for himself. The heroic high-voiced lovers are cruelly separated by a low-voiced authority figure, compelled by jealousy to abuse his power.

The scenarios are so similar that the only thing Handel needed to change when transplanting the duet was to transpose it up a minor 3rd, to suit the higher-lying voices of his Oreste cast (mezzo-soprano castrato Giovanni Carestini, recruited by Handel from Munich, and soprano Anna Maria Strada del Pò, long a favourite of Handel’s and the only singer not to abandon him for the Nobility Opera on his move to Covent Garden). The words and orchestration remain exactly as they were in Floridante – and why change what works so well?

Baroque opera’s high-voiced heroes were a gift in such situations, and Handel takes full advantage of the closeness of his hero and heroine’s voices. Their vocal lines entwine ravishingly, often moving together in 3rds, their shared pitch representing shared thoughts, shared hearts. The text furthers this sense of unity – the lovers’ lines are nearly identical, with minor, crucial variations that establish the individual character of each – and Handel makes sure we can hear this near-mirroring, with the hero first singing alone and then echoed almost exactly by his lover.

This is more than just a love song, though. Handel maintains a steady quaver pulse throughout the duet, passed between the lovers or within the accompanying string ensemble, creating several feelings at once – an irresistible tread marking the seconds to the lovers’ separation; a heartbeat felt through the others’ breast; a steady flow of tears. Throughout, pairs of quavers are tapered into musical sighs that punctuate painfully this endless stream. At times the lovers sing in long, lamenting lines that slowly rise chromatically, an intensifying, beautiful cry of woe.

Handel responded to the plight of his lovers in Floridante with a duet of great expression and great simplicity. That he was able to find it a new home to describe the agony of Oreste and Ermione is something for which we can be grateful.

Oreste runs 8–19 November 2016 at Wilton’s Music Hall. Tickets are sold out, but returns may become available.