In his operas, the Austrian composer sensitively explores how people cope in the severest of situations. 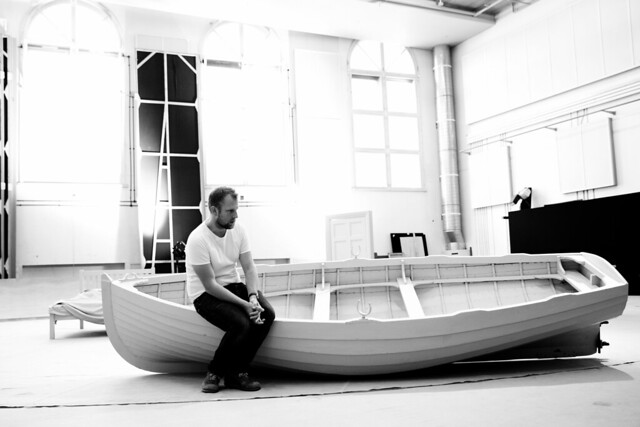 Opera deals well with extremes – not just the extreme passion of Verdi or Puccini, but also extreme subject matter, from madness to infanticide. Still, the operas of Georg Friedrich Haas stand out. While some of Haas’s instrumental works engage with contemporary politics, the tendency in his operas is to look inwards, often examining how people cope in the severest of situations.

Bluthaus, which received its premiere in Schwetzingen in 2011, tells the story of Nadja, a woman who has suffered abuse at the hands of her parents. While trying to sell her family home, she is haunted by the memories of all that has happened there. Inspired by real-life cases such as those of Natascha Kampusch and Elisabeth Fritzl, the opera has been described as ‘arguably the most deft reflection on post-traumatic stress since Britten’s The Rape of Lucretia’.

But not all extremes are shocking: some, in fact, are daily realities for us all. Thomas (2013), Haas’s second opera for Schwetzingen (a third will follow in 2016), starkly depicts a man’s death in hospital, watched over by his partner and his nurse. With its startlingly precise details about the final hours of life, Thomas tells a story at once familiar and strange: death may be something we will all face, but we can never know what it is until it arrives. The strangeness of the experience is underlined in Thomas by an extraordinary instrumental ensemble of plucked strings, accordion and percussion.

For his 2007 opera Melancholia, Haas collaborated with Norwegian writer Jon Fosse, who adapted the libretto from his novel of the same name. Melancholia tells the story of the Norwegian painter Lars Hertervig (1830–1902), who at the age of 23 fell obsessively in love with his landlord’s 15-year-old daughter. Forced to move away, Hertervig subsequently spent time in an insane asylum and in the last decades of his life, living in poverty, painted on material such as newspaper and tobacco paper. Around Hertervig’s story Haas and Fosse conjure a remarkable portrait of melancholy and isolation.

The extremes dealt with in Morgen und Abend, Haas’s first opera for The Royal Opera, are more abstracted, but no less powerful. Again, the opera is based on a novel by Fosse (newly available in English translation), which the writer has adapted himself for the stage. We meet Johannes, a fisherman, at the two ends of his life: first at his birth, and then at his death. What we learn of Johannes’s life, we learn through the memories he has at his death of his family and friends, who greet him and welcome him into the next world. Death may be the ultimate extreme, but perhaps it need not be shocking.

The production is a co-commission and co-production with Deutsche Oper Berlin and is generously supported by Stefan Sten Olsson, Cockayne – Grants for the Arts via The London Community Foundation, Ernst von Siemens Music Foundation and The John S. Cohen Foundation.