What makes Strauss's trio for female voice so powerful that the composer requested it be played at his funeral? 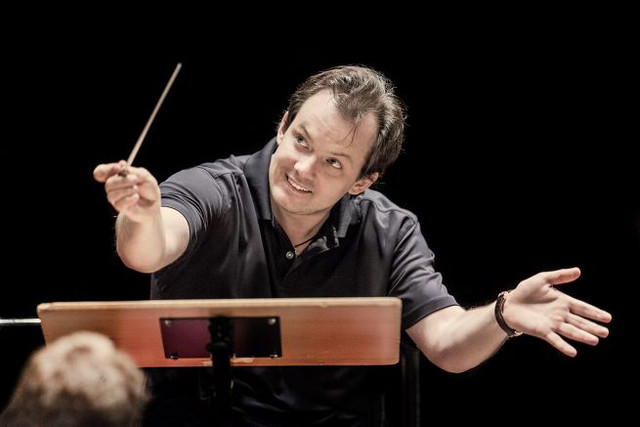 Composer Richard Strauss saw the trio ‘Hab mir’s gelobt’ as Der Rosenkavalier's emotional highpoint. He loved this particular composition so much in fact, that it was sung at his funeral.

The trio is sung by the love triangle at the opera’s heart: the Marschallin and Sophie, the sopranos, and Octavian, a young man played by a mezzo-soprano. Strauss was so enamoured with his composition that it was sung at his funeral – a performance which saw each of the three singers break down in tears with emotion.

So what makes it tick, and so worthy of such adulation from its composer?

Where does it take place in the opera?

‘Hab mir’s gelobt’ is sung towards the end of the opera, in Act III. Octavian’s successful plot to shame the womanizing Baron Ochs – and so save the young Sophie from a ghastly marriage – has caused considerable confusion. Octavian’s lover the Marschallin arrives, and persuades her cousin Ochs to give up his engagement. Sophie becomes aware of Octavian and the Marschallin’s relationship. She is distressed, and Octavian hesitates to choose between his old and his new love. The Marschallin realizes how much the young couple care for each other, and decides to release Octavian so he can marry Sophie.

What do the lyrics mean?

Each character initially expresses separate thoughts. The Marschallin recalls that she promised to give up Octavian when he fell in love with a younger woman, but regrets that it’s happened so fast; Octavian feels strangely remorseful and confused; Sophie is bewildered by the situation, and overcome by awe of the Marschallin. As the trio builds to its musical climax, the characters’ thoughts become more unified. Octavian and Sophie forget everything but their overwhelming love for each other, while the Marschallin hopes for their happiness and blesses their union.

What makes the music so memorable?

Strauss’s versatile writing for the soprano voice inspired him to wonderfully acute characterization in this trio. The Marschallin’s seamless lyrical phrases illustrate her nobility and thoughtfulness; Sophie’s soaring silvery voice reveals her innocent idealism; while Strauss conveys Octavian’s impetuosity and passion through quicker, shorter phrases, rising in pitch as his emotions intensify. Other memorable aspects of the trio include its beautiful melody – a noble reinterpretation of the comic waltz sung by Octavian earlier in Act III in his disguise as a maidservant – and the rich textures, soaring lines for Sophie and the Marschallin and sensual shift of key as the music reaches its climax. Finally, Strauss’s use of a host of motifs from earlier in the opera makes us feel that the characters have gained emotional wisdom through their experiences.

Strauss adored the soprano voice, so it’s not surprising that some of the greatest highlights from the opera include Octavian and the Marschallin’s love duet in Act I, the Marschallin’s delicately-scored Act I monologue on the passing of time and Octavian and Sophie’s rapturous Act II love duet. However, there’s also plenty of good comic music, particularly Baron Ochs’s hedonistic monologue and rapid trio with the Marschallin and Octavian in Act I, and the farcical supper scene in Act III. And, this being Vienna, one shouldn’t forget Der Rosenkavalier’s glorious waltzes, above all Ochs’s ‘Mit mir’, which brings Act II to a brilliantly-scored, exuberant close.

Der Rosenkavalier is Strauss’s most popular opera, so there’s a glut of excellent recordings. For an authentically Viennese experience, try Erich Kleiber’s 1954 recording with the Vienna Philharmonic and the ardent Octavian of Sena Jurinac on Naxos. Other classic options include Herbert von Karajan’s 1956 recording for EMI, with Elisabeth Schwarzkopf as a dignified, lyrical Marschallin and Otto Edelmann as a wonderfully sleazy Baron Ochs; or Georg Solti’s 1968 Decca recording with a rather more passionate Marschallin from Régine Crespin, Helen Donath’s exquisite Sophie and a cameo appearance from Luciano Pavarotti as the Italian Tenor. For a more contemporary take you can’t do better than Strauss expert Christian Thielemann’s 2009 Decca recording with the perfect casting of Renée Fleming as the Marschallin, Sophie Koch as Octavian and Diana Damrau as Sophie. The wide range of DVD recordings includes John Schlesinger’s Royal Opera production with the sublime Marschallin of Kiri Te Kanawa.

Your best starting point is to sample some of Strauss’s other 14 operas. Ariadne auf Naxos shares Rosenkavalier’s mixture of comedy and profundity, but with a chamber orchestra scoring, and characters drawn from myth and commedia dell’arte. Arabella, set in 19th-century Vienna, contains some of Strauss’s loveliest duets. If you like your operas short and intense there’s much to enjoy in Salome and Elektra: emotionally charged interpretations of a biblical story and a Classical tragedy respectively. Other operatic treats include the sumptuous fairytale opera Die Frau ohne Schatten, and Strauss’s final sublime testimony to the power of music, Capriccio. Outside of opera, other wonderful Strauss works include a host of songs, several tone poems and the reflective Oboe Concerto. Looking further afield, Mozart’s Le nozze di Figaro manifests much of the same wit and humanity as Der Rosenkavalier, while Wagner’s Die Meistersinger von Nürnberg also tackles the theme of a charismatic older character who relinquishes the younger one they love, and contains a quintet equivalent to Rosenkavalier’s trio in beauty and intensity. There are also wonderful operas by Strauss’s lesser-known contemporaries: Humperdinck’s beautiful Königskinder or Schreker’s wild and passionate Die Gezeichneten to take but two examples.

The production is a co-production with the Metropolitan Opera, New York, and Teatro Regio, Turin, and is given with generous philanthropic support from The Monument Trust, Mrs Aline Foriel-Destezet, Simon and Virginia Robertson, Susan and John Singer, the Friends of Covent Garden and The Royal Opera House Endowment Fund.