Debate: What do you think of opera for children?

Is introducing children to opera smug parenting or a valuable cultural eye-opener? 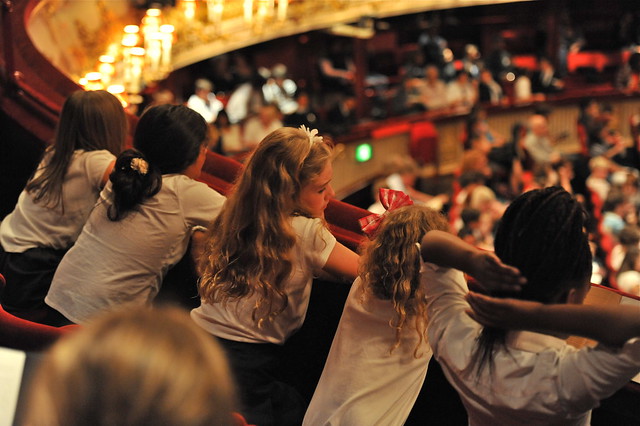 Later this Season, The Royal Opera and the award-winning Polka Theatre will present a new opera for two to six-year-olds, entitled Dot, Squiggle, and Rest. The toddler-friendly opera will feature puppetry, dance and animation and has been intended as an introduction to the art form.

Dot, Squiggle, and Rest is just one of a number of works and initiatives from opera companies around the world for younger audiences, reflective of a strong demand for an engaging cultural experience for children. It does raise the question though; is introducing kids to opera appropriate?

In a recent article, the blog Parentdish came out against the idea of opera for children, commenting that the concept is reflective of an increasing obsession with parenting 'one-upmanship' and that taking children to an opera is 'foolhardy'.

We asked our social media following for their thoughts:

@RoyalOperaHouse why not, once they’re old enough to sit through - depends on the child - and you’re sharing something *you* enjoy with them

@RoyalOperaHouse so long as they know the story first! otherwise 'boring!'

@RoyalOperaHouse A boy of around five sat next to me, enthralled, at Friday's Barber. After Act 1 he begged his mother to bring him again.

@goriami @RoyalOperaHouse @Libmoggy I once sat next to a mummy plus child - latter began to cry when the lights went down! #AfraidofTheDark

@RoyalOperaHouse "smug parenting" suggests that motivation matters - it doesn't, just what child experiences once at the opera.

@RoyalOperaHouse My first opera was Carmen when I was 10 years old.My only wish was that my parents took me to see opera sooner! I.e 6 years

@RoyalOperaHouse I've seen lots of children, from 5yos to teenagers, absolutely riveted during @PopupOpera shows. And babies too!

@RoyalOperaHouse Fantastic! They'll love the combination of visual and music.

What do you think, is introducing children to opera smug parenting or a valuable cultural eye-opener?

This article has 11 comments