Could you create an opera for the Royal Opera House?

Applications close soon for the MA in Opera Making and Writing and Doctoral Composer-in-Residence programmes at Guildhall School of Music & Drama. 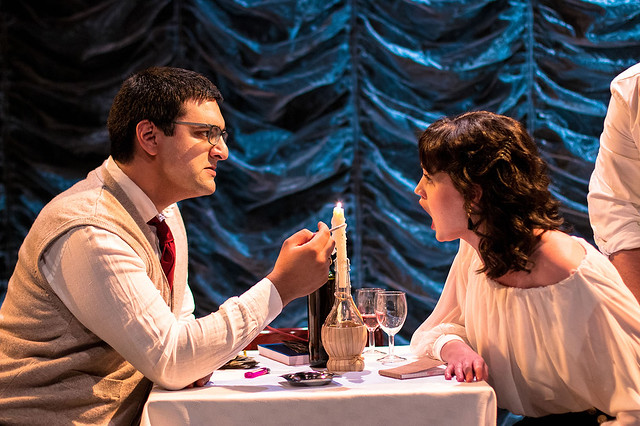 The MA in Opera Making and Writing is a one-year full time programme for opera composers and writers. Students receive individually tailored one-on-one tuition, as well as the opportunity to experience first-hand what is involved in creating opera at the Royal Opera House.

Writers and composers are paired to create a new chamber operatic work which is performed at the end of the course. Composition student Joe Steele said: ‘The collaborative aspect of this course is one of its major strengths. The level of trust which builds up throughout the process means that the collaboration now feels very natural.’

The programme is led by Professor Julian Philips, Head of Composition at the Guildhall, in close collaboration with Writer-in-Residence Stephen Plaice and John Fulljames, Associate Director of Opera at the Royal Opera House.

The Doctoral Composer-in-Residence is appointed for a three-year studentship providing the opportunity to engage deeply with opera development, researching and creating an opera to be staged by the Royal Opera House.

The first opera to emerge from the Doctoral Composer-in-Residence programme, Philip Venables' 4.48 Psychosis premiered at the Lyric Hammersmith in May 2016. It has since won the Achievement in Opera award at the UK Theatre Awards 2016 and been nominated for Best New Opera Production at the Olivier Awards 2017. 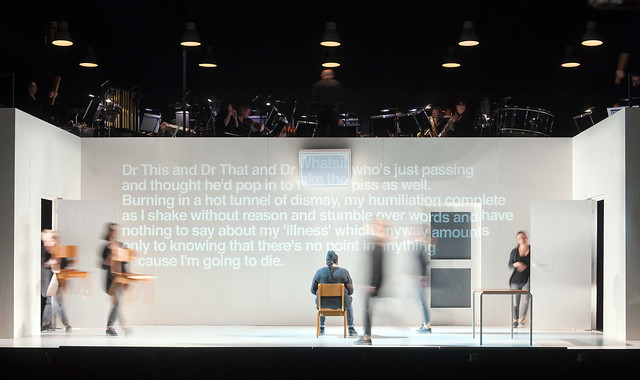 ‘Both Guildhall and the Royal Opera House have been incredibly open and generous in working with me to feel our way through how this might go,’ said Venables of his experiences as Composer-in-Residence. ‘The support has included one-to-one development sessions, building relationships with writers and performers, running workshops and rehearsal sessions with Guildhall students across both music and drama.’

Na’ama Zisser, appointed in September 2015, is the incumbent Composer-in-Residence and her opera will be staged in 2018.

Applications for both programmes close on 28 March 2017.

Find out more about applying for the MA in Opera Making and Writing.

The Guildhall School of Music & Drama is provided by the City of London Corporation.