Catch up: Ruth Padel goes behind the scenes of Faustian Pack

The award-winning poet has been blogging from rehearsals. 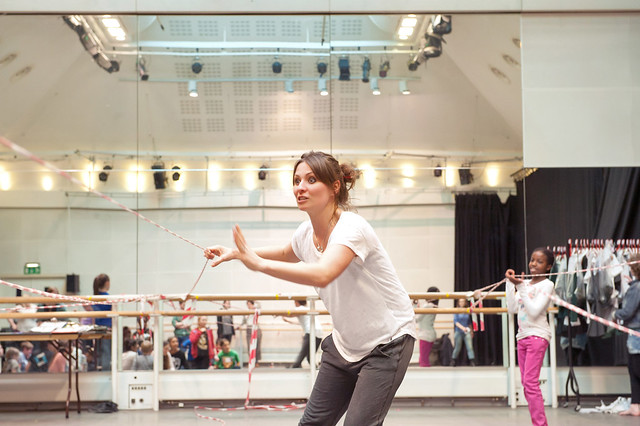 Award-winning poet and author Ruth Padel has joined The Royal Opera as its first Writer in Residence. In an ongoing blog series she has been tracking rehearsals for the three operas in The Royal Opera's Faustian Pack – a revival of Gounod's Faust on the main stage with two new opera commissions, by Luke Bedford and Matthew Herbert, each inspired by the Faust myth.

The story so far:

#1: What is Opera?
Two performing spaces of the Royal Opera House are being used in the Faustian Pack: the grand main stage and the intimate Linbury Studio Theatre. In preparation for Matthew Herbert's The Crackle Ruth encounters the app Chirp: 'A production assistant has already taken a photo of me on her phone and turned it into something that sounds like a sparrow on speed.'

#2: The Youth Opera Company rehearsing The Crackle
In the Clore Studio upstairs at the Royal Opera House, Ruth watches children of the Youth Opera Company (YOC) rehearse with their director Karen Gillingham: 'The children are learning the magic of stage language, how to build group reaction by movement as well as song. The sunlit studio is filled with silent intense imagining.' 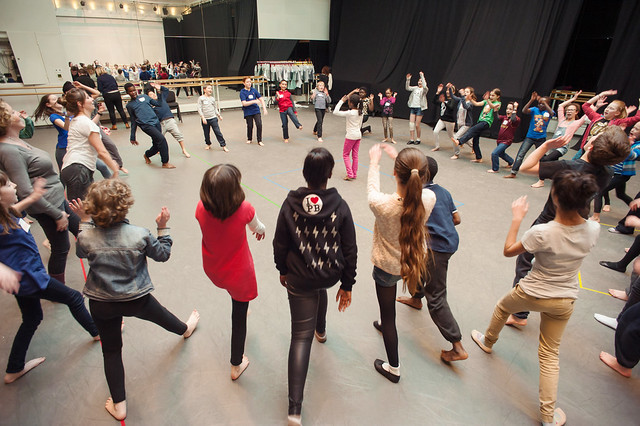 #3: How to Get Opera into The Archers: Crackle Rehearsals at Covent Garden
Ruth explores more of Matthew's vision of Faust as an ambitious schoolteacher. She talks to Fiona Lambert, a director with the Royal Opera House's Learning and Participation department, about the YOC: 'Rather than tapping into a single well-behaved class like a choral school, we look for talent in places where there’s no obvious recruitment path.'

#4: Faust – Mephistopheles as Car Salesman
At the Jerwood Studios in Southwark, designer Becs Andrews introduces the set designs for Luke Bedford's Through His Teeth. 'She has designed brilliant perforated black sliding screens which shift the scenes quickly from one to the other.'

#5: The Crackle – Foley Artists and Diabolical I.T.
Ruth meets a Foley artist, or sound effects wizard: 'Barnaby Smyth has worked on films like Resident Evil and We Need to Talk About Kevin. Now he’s going to drop the devil’s hollow footsteps and swish of his long black coat into The Crackle.'

#7: The Devil's Way In: Luke Bedford's Through His Teeth
At the first read-through for Luke's new opera, Ruth talks to conductor Sian Edwards about the challenges of being a female conductor. '“It’s a question of how you find your voice,” Sian told me. “How you make your own position in a traditional man’s role: a situation so clearly created over the centuries by men, for men.”' 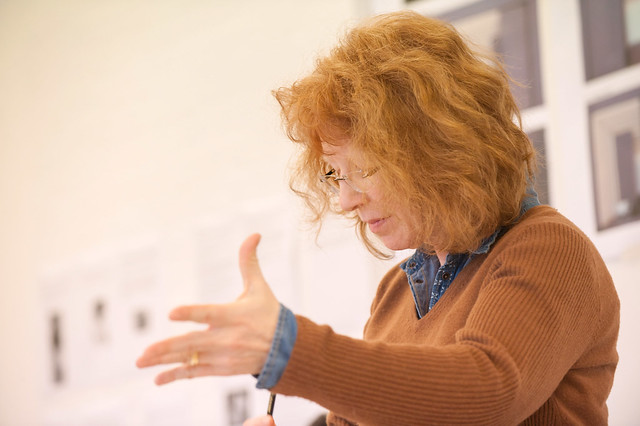 #8: Innocence under Threat
Ruth talks to Bruno Ravella, the revival director for Faust, and learns how Marguerite is partly modelled on Manet's barmaid in A Bar at the Folies-Bergère: 'The innocence of the girl’s face, the mirror behind her which does not quite fit'. 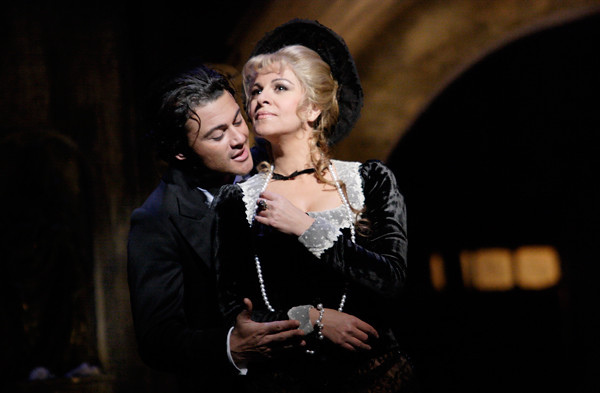 #9: Crackling Energy
At a rehearsal for The Crackle, children and adult performers are brought together. Foley artist Barnaby Smyth will be sitting in the orchestra pit; Ruth asks him what he'll wear: '“Devil’s horns, perhaps.” He is still working out exactly what props he needs to get the right sounds. “I want a Gestapo-ish vibe,” he says.'

#10 Kiss – the Devil in our Relationships
The three male stars of Faust – Joseph Calleja, Bryn Terfel and Simon Keenlyside – are rehearsing the sword fight. 'Foolishly, Valentin throws away his medallion, the image of his sister which once preserved him in battle. He has stopped believing in her, and when you do that, stop trusting a person you love, that’s where the devil steps in.'

Follow Ruth on Twitter or on her blog.
Find out about the other events in the Faustian Pack.