Irish soprano and Italian tenor to replace Aleksandra Kurzak and Roberto Alagna in the roles of Adina and Nemorino. 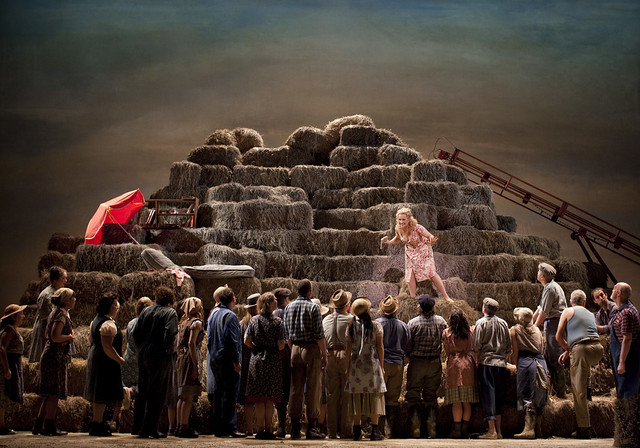 Due to illness, Polish soprano Aleksandra Kurzak has had to withdraw from singing the role of Adina in L'elisir d'amore on 22 June 2017. In addition, French-Sicilian tenor Roberto Alagna will no longer be singing the role of Nemorino in the same performance, as he is suffering from tracheitis.

The role of Adina will now be performed by Irish soprano Jennifer Davis. The role of Nemorino will now be sung by Italian tenor Ivan Magrì, who sang Nemorino in the performance on Sunday 11 June, in his Royal Opera debut.

Ivan Magrì will return to The Royal Opera in the 2017/18 Season to sing the Duke of Mantua in Rigoletto. Magrì was born in Catania, and studied at the Conservatorio Giuseppe Verdi in Milan and with Luciano Pavarotti. His opera engagements include Werther for Hungarian State Opera, Manrico in Il trovatore in Cagliari, Rodolfo in La bohème for Hamburg State Opera and in São Paulo, Rio de Janeiro and Bari, Alfredo Germont in La traviata for Savonlinna Opera Festival, Berlin State Opera and in Cagliari, Valencia and Florence; Duke of Mantua for Deutsche Oper Berlin, Hamburg State Opera, Rome Opera and in Budapest and Florence; Nemorino for Teatro Colón, Buenos Aires; Edgardo in Lucia di Lammermoor in Lima, Rodolfo in Luisa Miller in Hamburg and Zürich, Arturo I puritani in Bratislava, Camille de Rosillon in Die lustige Witwe for Teatro Regio, Turin, and Gabriele Adorno in Simon Boccanegra in Valencia.

Jennifer Davis joined the Jette Parker Young Artists Programme at the start of the 2015/16 Season. In her first Season with The Royal Opera, she sang Second Grace/Second Fate in Orpheus at the Sam Wanamaker Playhouse at Shakespeare’s Globe, Nursing Sister in Suor Angelica and Ines in Il trovatore on the main stage, and in the world premiere of 4.48 Psychosis at the Lyric Hammersmith. During the 2016/17 Season she has sung Ifigenia in Oreste at Wilton’s Music Hall, Ines in Il trovatore and Adina, and will sing Arbate in Mitridate, re di Ponto for The Royal Opera. She has also sung in Les Enfants Terribles and Flight Pattern for The Royal Ballet and appeared in recital at the Théâtre du Châtelet. She returns to The Royal Opera in the 2017/18 Season to sing First Lady in Die Zauberflöte.

If you have a ticket please see terms and conditions of sale.