Who was the real Adrienne Lecouvreur? The true story behind Cilea's opera

By Katherine Ibbett (Scholar of French and Comparative Literature) 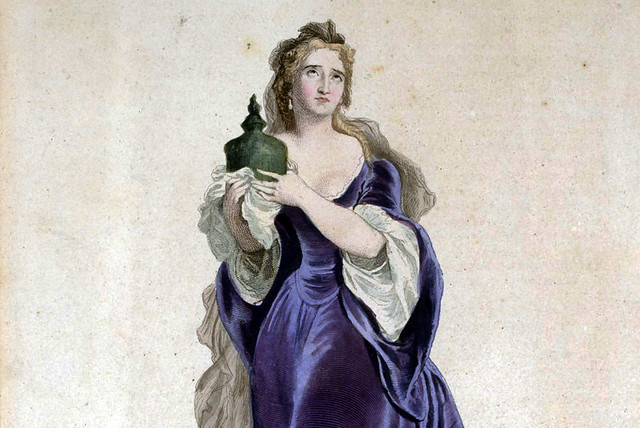 The story of Adrienne Lecouvreur – as told in true crime anthologies, 19th-century plays and Cilea’s opera – is layered with gossip, retrospective inventions and romantic embroidery. But in her day, the actress was best known for her extraordinary delivery of the words of others; she brought a new and highly prized naturalness to the words of Racine and other greats. Adrienne was also verbally skilled in her own right, and in the reams of letters she sent to her lover Maurice de Saxe over the final decade of her life we can hear something of the real person behind the script.

Adrienne was not alone in her devotion to the great Maurice; the young Duchesse de Bouillon had also fallen for him, and made no secret of her intentions (despite being married already). In one rather pious 19th-century version of events, Maurice scorned the duchess, who subsequently turned against Adrienne in spite. However, this exoneration of Maurice seems far-fetched, since he had invited the duchess to stay with him when Adrienne went on tour in the spring of 1729.

In that same year, Adrienne received a mysterious note warning her she might be poisoned. The note asked her to meet its author: a priest, the Abbé Bouret. Bouret claimed that the Duchesse de Bouillon had asked him to give Adrienne a magical potion that would make her fall out of love with Maurice. He had initially accepted, but his suspicions were aroused when he realized that the money with which he was bribed seemed excessive. He gave the tablets to Adrienne and her friends. The tablets were fed to a dog, who died instantly. The police were brought in, and inevitably the story got out, to the great delight of gossips both at court and backstage.

The duchess, of course, insisted on her innocence, and even went to see Adrienne perform Racine’s Phèdre to show there were no hard feelings. But Adrienne seized the moment to show the world that she was not fooled by such protestations; she swept over to the duchess’s box to declaim Phèdre’s lines where the noble queen insists that she is not ‘one of these bold women/who can taste tranquillity in crime/and show an unblushing face to the world’. The crowd applauded with gusto, and the duchess took such noisy umbrage that eventually the management of the Comédie Française was forced to apologize to her. It was unfortunate for the duchess’s reputation, to say the least, that some days later Adrienne was taken gravely ill in the middle of a performance.

She recovered, but after a month or so back at work suffered an internal haemorrhage and died days later in the arms of Maurice, with her great friend the philosopher Voltaire present at the scene. Immediately the word went around that she had been poisoned; not by violets as in Cilea's opera, but by an enema administered by a Doctor Silva, presumed by the tattletales to be in the pay of the duchess. Voltaire, ever the rationalist, argued against this nonsense and even paid for an autopsy to prove she had died of natural causes. Despite his best efforts, the stories about her death have never ceased.

What of the other characters in the story? Maurice de Saxe took up with another actress, but never married. (Years later, he told Madame de Pompadour that ‘A wife is not the right kind of furniture for a soldier’.) The Duchesse de Bouillon died in 1737, still declaring her innocence. And the original whistleblower, the Abbé Bouret, was locked up without trial for two years, freed only when he finally confessed that he had made up the whole poisonous story in order to meet the legendary Adrienne.

This is an edited extract from Katherine Ibbett’s article ‘The Real Adrienne Lecouvreur’, available to read in full in The Royal Opera’s programme book for Adriana Lecouvreur.

The production is a co-production with Gran Teatre del Liceu, Barcelona, Vienna State Opera, San Francisco Opera and Opéra National de Paris, and is given with generous philanthropic support from The Friends of Covent Garden.

By Katherine Ibbett (Scholar of French and Comparative Literature)