A Tribute to Joan Sutherland – an exhibition

Exhibition at the Royal Opera House until 2012 focusing on the career of the legendary soprano. 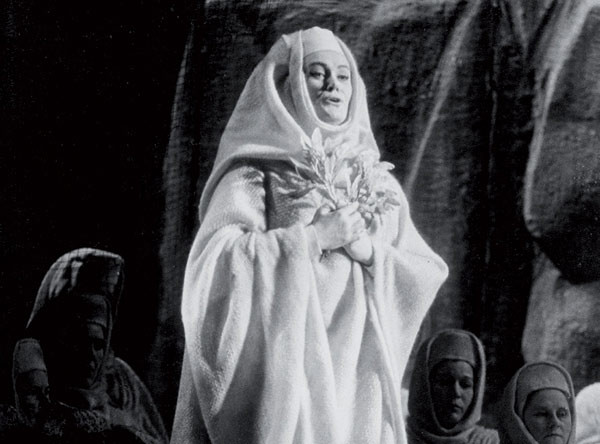 Royal Opera House Collections has created an exhibition in tribute to legendary soprano Joan Sutherland, whose career is so closely associated with the Royal Opera House.

Joan began her professional career in 1952 as a member of the Covent Garden Opera Company on a salary of £10 a week. The next seven years learning her craft culminated in 1959, when Franco Zeffirelli cast her in the title role in his production of Donizetti’s Lucia de Lammermoor. This role launched her international career and she was immediately in demand all over the world, but she retained a loyalty and affection for Covent Garden throughout her life.

The exhibition includes images of all her roles at the Royal Opera House from 1959 until her farewell performance in 1990, and of almost all her early roles from 1952 to 1959. Other rarely-seen photographs include glimpses of Sutherland in rehearsal and behind the scenes. There will be four costumes on display in the Costume Gallery in the Carriage Entranceway as well as a further two costumes and four headdresses in other exhibition areas. None of these have been exhibited before and the exhibition includes spectacular costumes for Lucrezia Borgia, designed by Michael Stennett and Anna Bolena, designed by John Pascoe.

The exhibition is open to the public as a tour from now until February 2012.

This unique tour takes place most days at 11am.Please check ticket availability with the Box Office. Latecomers will not be admitted. The duration of the tour is about 45 minutes.

Did you experience a performance by Joan Sutherland? If so, tell us your memory by commenting on this article

This article has 8 comments