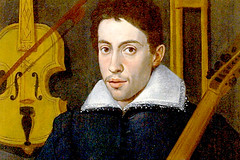 A Michael Boyd-directed production of Monteverdi's opera will be staged at the Camden venue.